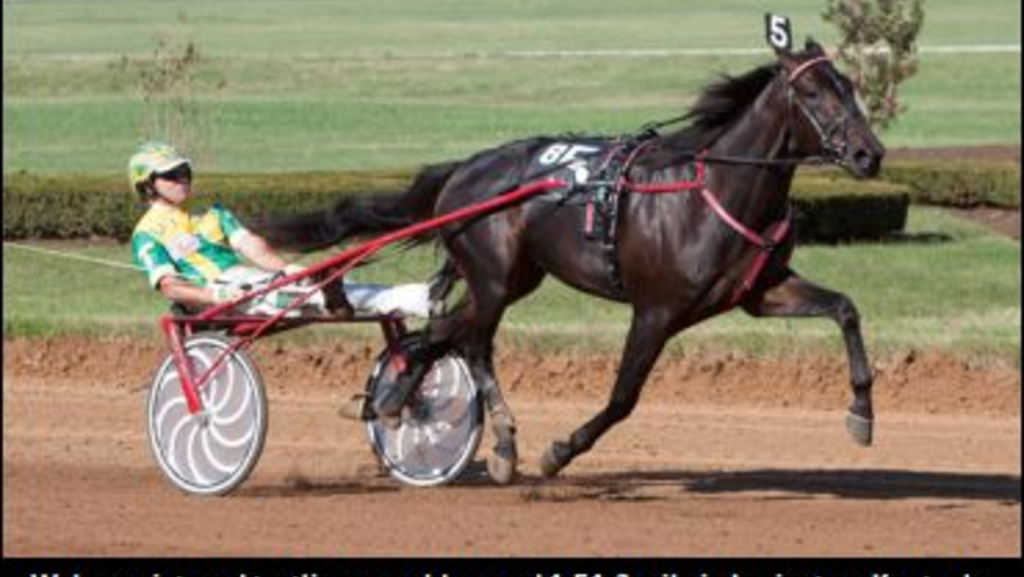 Walner is ready to start on an abbreviated road to the Hambletonian.

The returning Dan Patch Award winning trotter will make his delayed 2017 debut this Saturday (July 8) in a conditioned race at the Meadowlands Racetrack, where he and regular driver Tim Tetrick will face seven rivals.

Walner won seven of eight races last year and finished the season with a five-race win streak that included triumphs in the Breeders Crown for two-year-old male trotters, Kindergarten Classic Series championship, and a division of the International Stallion Stakes in a world record 1:51.3.

His return to action this year was hampered by a now-resolved issue with genital discomfort. He qualified twice last month, winning in 1:51.2 in the rain on June 17 and winning in 1:53 on June 24. His time of 1:51.2 is the fastest of the season for a three-year-old male trotter and second to only filly Ariana G’s 1:51.1 clocking on June 2 in the New Jersey Sire Stakes championship for three-year-old female trotters at the Meadowlands.

“He needs the race,” said trainer Linda Toscano, adding with a laugh, “I thought at first he might have too many starts going to the Hambo and now I’m worried there may be not enough.

“I remember being told a long time ago, man plans and God laughs.”

Toscano contemplated sending Walner to the Earl Beal Jr. Memorial, which was won by Devious Man last weekend at The Downs at Mohegan Sun Pocono, but did not want to push her colt into a difficult spot right off the bat. Walner’s seven foes Saturday are a pair of five-year-old females, a trio of four-year-old males, a lone three-year-old colt and one three-year-old filly.

“I did not want to go to the Beal because I thought it was asking a lot of him because those horses have been seasoned at this point,” Toscano said. “I don’t like racing him against aged horses, but so be it.”

Walner is a son of stallion Chapter Seven, the 2012 Horse of the Year, out of the O’Brien Award winning mare Random Destiny. He is owned by Ken Jacobs.

“He has a real good foundation under him,” Toscano said. “He seems to have been well in hand every time he goes. It’s not the same as racing, so we’ll get a much better read on how fit he is on Saturday night.”