‘Ron’ Is Ready To Rock 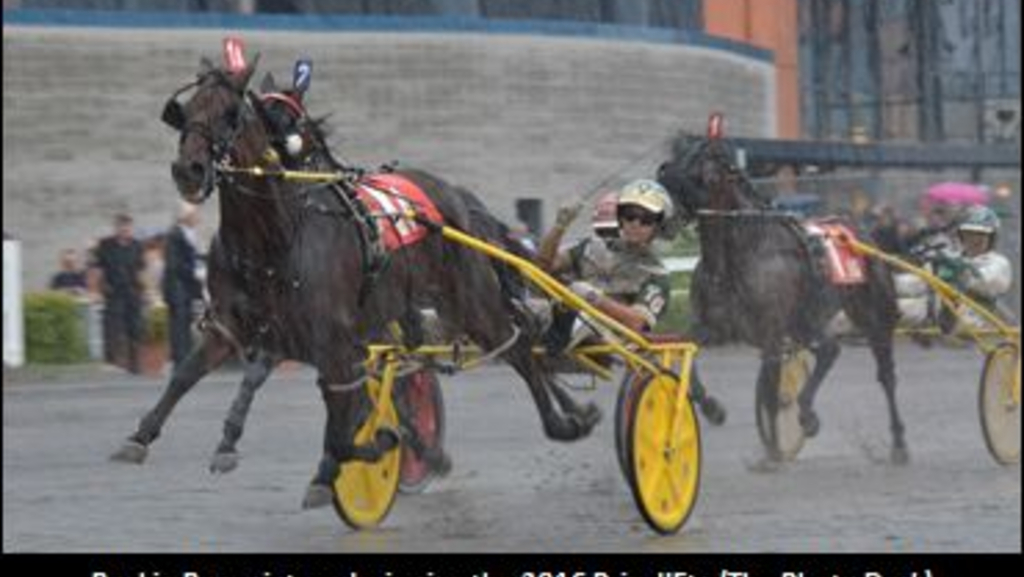 When it comes to earning a pay cheque, Rockin Ron has never needed to worry about the venue. The eight-year-old pacer has a history of collecting money no matter the size of the racetrack, as he has banked $1.65-million lifetime on his travels throughout the U.S. and Canada.

The Ron Burke-trained gelding will make his 2020 debut this Saturday (Feb. 22) at the Meadowlands Racetrack in a $30,000 preferred handicap. It will be his first start since last August, when he was given time off to recuperate from small ailments that accumulated over time.

“He’s coming back great,” said Mark Weaver, one of the horse’s owners. “Ronnie trained him about a month ago and said he’s as good as he’s ever been. We’re hoping he’ll be a top, top overnight horse for us this year.”

Rockin Ron has won multiple stakes on the Grand Circuit during his career, including the Confederation Cup, Prix d’Ete, and Dayton Pacing Derby, but that is not what has most impressed Weaver.

“To put it bluntly, it’s his ability to earn money, which I think a lot of times people underestimate,” Weaver said. “Twenty years ago, you just needed the biggest, most powerful horse and raced at the Meadowlands or mile tracks because that’s where the money was.

“The Meadowlands is still great, but there are plenty other tracks where you have to be able to go around three or four turns and a lot of horses can’t do that. We definitely factor that in when we’re buying horses. When a horse can get around the smaller tracks it really increases their earning power. It really is a big thing. It’s a great quality to have.”

Rockin Ron is the second-richest offspring of stallion Real Desire, sandwiched between two Canadian Horse of the Year Award winners, State Treasurer ($1.9 million) and Tell All ($1.5 million). He has earned a pay cheque in 83 per cent of his 120 starts, with purses of $594,757 on half-mile tracks, $615,005 on five-eighths-mile ovals, and $428,766 on seven-eighths or mile tracks.

“He’s versatile,” Weaver said. “He can leave the gate or come from behind; whatever the race situation calls for, he can do it.”

The gelding began his career in Indiana, where he won nine of 30 races at ages two and three. He was purchased by the ‘Burke Brigade’ near the end of his three-year-old season and won his first 10 starts at age four, capped by his victory over returning U.S. Horse of the Year Wiggle It Jiggleit in the Confederation Cup.

“He’s on a long list of Indiana-breds that we’ve bought and brought east that have done so well,” said Weaver, who owns Rockin Ron with Mike Bruscemi (as Weaver Bruscemi), Burke Racing Stable, RTC Stables and J&T Silva Stables. “If you can do well in Indiana, I’ll take my chances; you can usually do well anywhere.”

Rockin Ron was not staked in 2020, but Weaver is looking forward to watching the horse compete and, hopefully, continuing to do what he’s done so well.