McIntosh Aims To 'Cash' In Crown 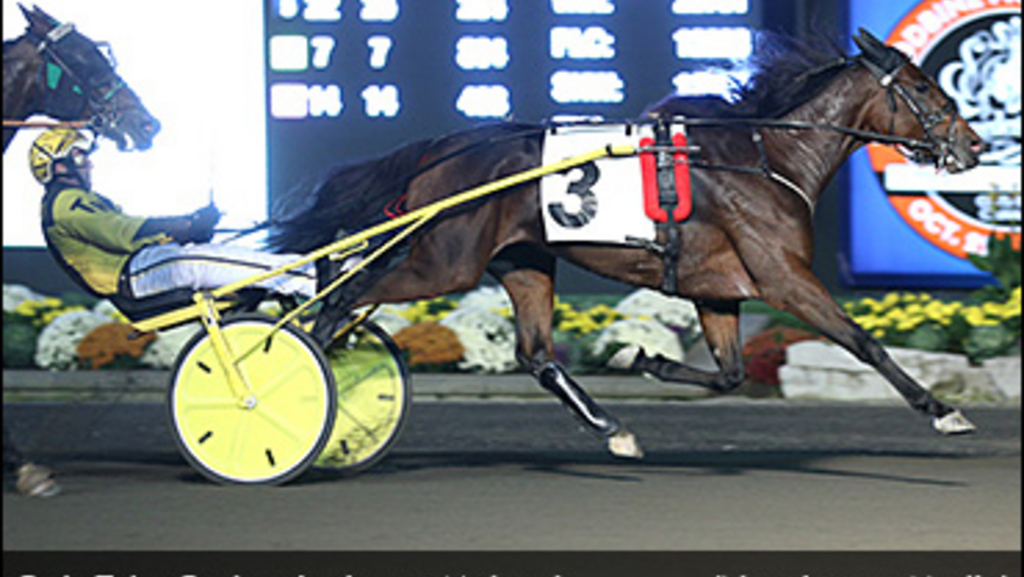 Considering Bob McIntosh has been training for 48 years, and considering he is tied with Ron Burke for second place among trainers in Breeders Crown wins, one almost has to heed McIntosh’s statement about filly trotter Only Take Cash as a warning.

“This one’s kind of special,” said McIntosh, whose 16 Breeders Crown victories place him behind only Jimmy Takter.

McIntosh realizes, however, that it’s unknown how “special” will translate on the track in Saturday’s Breeders Crown eliminations for three-year-old filly trotters at Woodbine Mohawk Park. Only Take Cash is in the first of the two $25,000 eliminations, where she is the 3-1 second choice on the morning line behind 2-1 favourite Evident Beauty.

When Dovescry is the 9-5 favourite in the second elimination. The top five finishers from each elim advance to the $500,000 final Oct. 26 at Mohawk.

Evident Beauty edged Only Take Cash by half a length in September’s Elegantimage Stakes at Mohawk while The Ice Duchess won the Dr. Harry M. Zweig Memorial.

“Evident Beauty sat on (Only Take Cash’s) back and just nailed us at the wire,” McIntosh said about the Elegantimage. “When you race against the good ones it just comes down to the trip sometimes. I don’t see anybody in the field just that dominant. It looks like a pretty close race to me. There’s some very, very nice horses in there.” 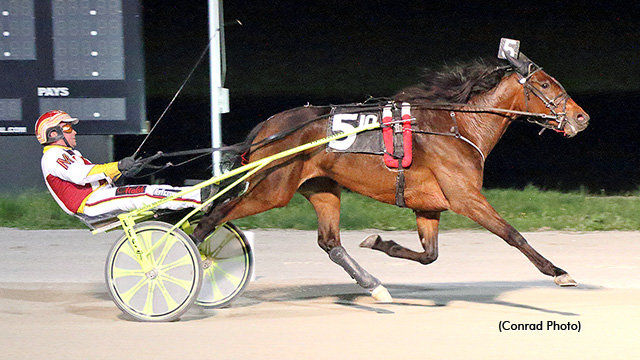 McIntosh feels Only Take Cash is right up there with the best of them. She has won 15 of 19 career races, earned $688,311, and is a two-time Ohio Sire Stakes champion. This year she has hit the board in all 10 starts with seven wins and $$412,811 in earnings. The homebred filly, by Cash Hall out of Armbro Affair, is owned by Robert McIntosh Stables, Dave Boyle, and Marv Chantler’s Mardon Stables.

“She’s been amazing,” McIntosh said. “She hasn’t had that many starts but she’s come up big every start. She’s just been a dream come true. She’s been special from day one and has a good attitude. She had an amazing two-year-old year and this year just as good.”

The trainer is especially impressed by her gait and her grittiness.

“She’s not big, but she has no wasted motion in her gait,” he said. “The biggest thing about her is, she’ll give you 120 percent. She wants to win. You can’t train that into them. They’re either born with it or not.”

The best news for McIntosh is how Only Take Cash looks heading into the race.

“I trained her a little bit this morning and she was as sharp as she can be,” he said on Thursday. “When I came in this morning I was very pleased. She’s healthy, she’s sound, ready to go. The rest is up to her and the driver. It’s just going to come down to trips, but I couldn’t be happier with how she’s going into it -- knock on my wooden head she stays healthy.”

If she gets the trips her trainer wants, McIntosh could add to his Breeders Crown wins, which is a source of pride for him.

“I was in front for a while and then Jimmy came along,” said McIntosh, who is in the U.S. Harness Racing Hall of Fame and Canadian Horse Racing Hall of Fame. “But it’s been a great series for me. I love the Breeders Crown. It all comes down to the Breeders Crown, and I think that’s a good thing. It’s at the end of the year, you’re going against the best, and if you can pull that one off you stamp yourself as one of the best of the year.”