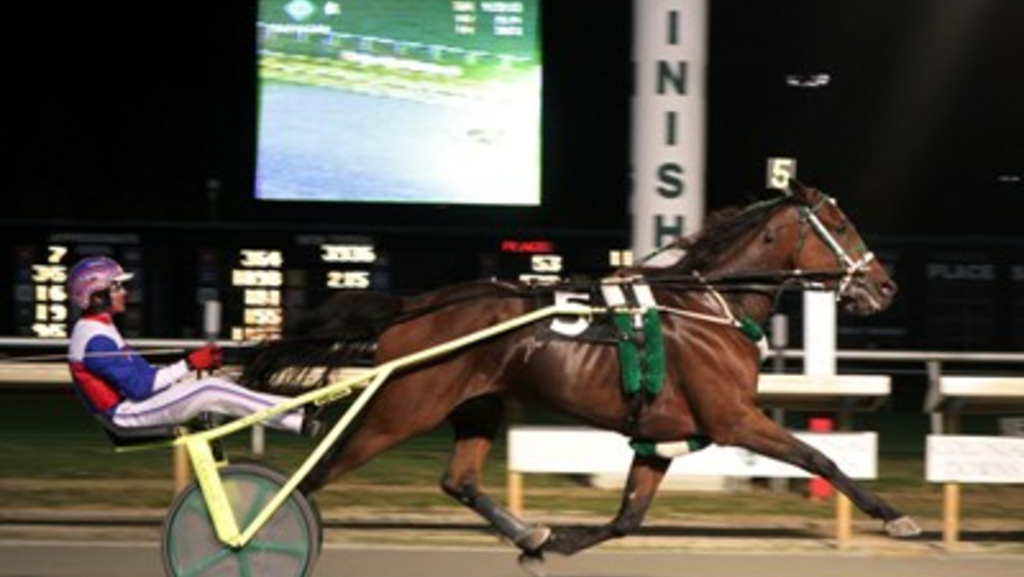 Enough Talk became the first trotter in harness racing history to break the 1:50 barrier with a dominant 1:49.3 score in the $100,000 Patriot Invitational Saturday night at Colonial Downs.

Enough Talk swept to the lead in upper stretch and simply cruised home for driver Ron Pierce to win by eight and a half lengths over two-time defending Patriot champion Vivid Photo.

The record clocking was set up by wicked early fractions from Instant Photo and Vivid Photo. Instant Photo (Jim Raymer) was quickest off the gate to lead the field through an opening quarter in :26.2, but Vivid Photo and driver Yannick Gingras were intent on the lead, seizing control near the end of the long Colonial backstretch.

Vivid Photo led the field into the turn, getting the opening half in :53.4. Lanson (Ricky Macomber, Jr.) raced just behind the leader with Instant Photo in third and Enough Talk four and a quarter lengths back in fifth for driver Ron Pierce.

Lanson made the first move on the turn, passing Vivid Photo on the outside to lead after three-quarters in 1:21.3. Pierce guided Enough Talk to the far outside in upper stretch and the five-year-old Enjoy Lavec gelding inhaled the field in just a few strides.

Enough Talk was one and a quarter lengths clear of a resurgent Vivid Photo at the eighth pole and simply widened his advantage under minimal encouragement from Pierce.

Green Day (Tim Curtin) closed from last to get third, a half-length behind Vivid Photo.

Donato Hanover and Giant Diablo both trotted miles in 1:50.1 to share the previous fastest mark.