Hes Watching To Stand In Ontario 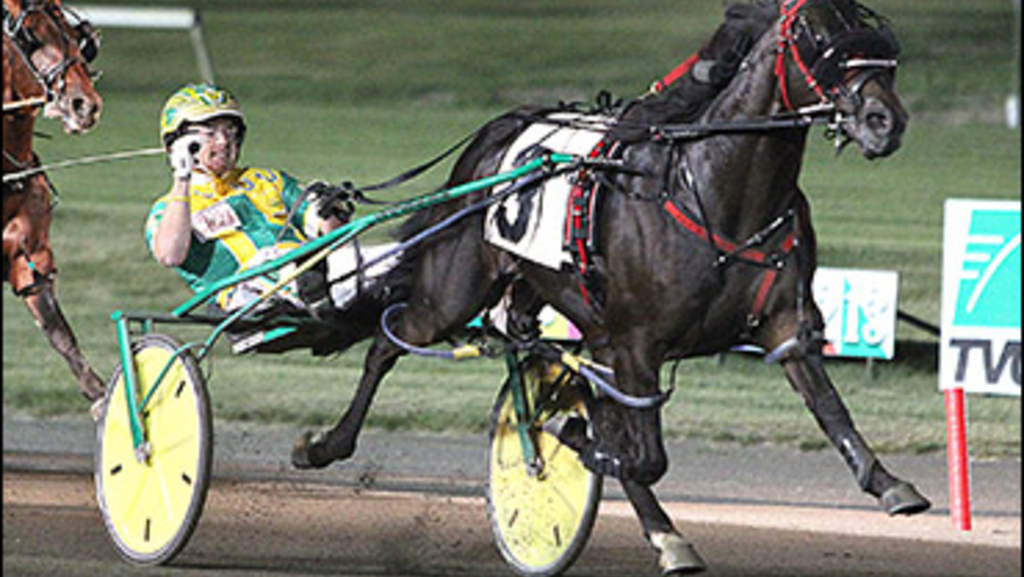 Hes Watching electrified the harness racing industry during his two-year-old season as he went undefeated in eight starts, all New York Sire Stakes, set five track records and two world records. He was crowned U.S. two-year-old colt pacer of the year at the conclusion of that season.

The highlight of his three-year-old season was his scorching 1:46.4 two-length victory in the Meadowlands Pace final (after winning his elim by the same margin in 1:48.1). The time equaled the world record. He earned a total of $837,000 that season, with other stakes wins in the Somebeachsomewhere and the Empire Breeders Classic.

A son of American Ideal, Hes Watching hails from one of the most storied pacing families in racing as his fourth dam is the great Leah Almahurst, a winner of more than $1 million almost three decades ago, and the dam of $1.4 million winner Western Ideal. Hes Watching is presently standing at Alabar in New Zealand and his book is getting an excellent response.

The Hes Watching Stallion Group look forward to being a proud sponsor of the Breeders Crown Championship on Saturday, October 24, 2015 at Woodbine Racetrack in Toronto, Ontario, Canada. The stallion's stud fee is to be announced at a later time.

(with files from Tara Hills)