LeDrew Getting The Word Out 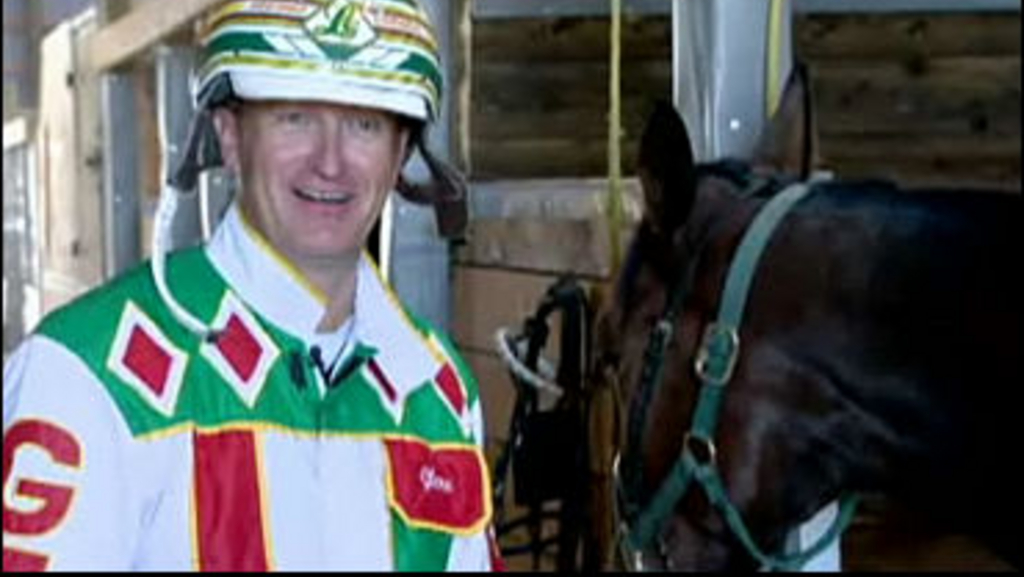 It is now half-way through the track's inaugural meet, but officials with the newly-opened West Meadows Raceway have gotten word about the Regina half-miler out

to the public. Saskatchewan isn't Ohio, and the industry's top glamour boys don't currently trek to Regina, but the track is a carbon-copy of the raceway at the Delaware Ohio County Fair, and fans are having a blast.

Two of West Meadows' four live pari-mutuel programs for this meet are now in the books. The opening card, which took place on September 18, saw the raceway handle $15,080 worth of bets, which equated to the best night of wagering in the province in a decade. The track's second card, which delighted the fans in attendance this past weekend, saw the raceway handle over $12,000.

Seeing a raceway spring up in a previously undeveloped field isn't the only thing which has come as a pleasant surprise to locals. The emergence of Saskatchewan Standardbred Horsemen's Association President Glenn LeDrew as a bonafide media spokesman for the track has raised West Meadows' profile tenfold. The 45-year-old resident of Regina has been in front of the cameras, has been interviewed for provincial papers, and has even hit the airwaves to let Saskatchewan know that harness racing, which goes back more than 100 years in the area, is back.

The passionate horseman is well aware that most of the locals cannot simply hop on a plane and zip over to Ohio to take in the Little Brown Jug whenever they please. Given that, LeDrew and the West Meadows crew have taken a look to the future with the planning of the new raceway. It may not be Delaware, Ohio, but the track itself isn't far off.

"(The track at West Meadows Raceway has) the exact same dimensions as the Delaware Fairgrounds in Ohio which hosts probably the most famed and popular race in harness racing, which is the Little Brown Jug," LeDrew said during a radio interview today on the local CJME News Talk 980. "It's a very fast half-mile track. The turns are wider and the stretches are a little bit shorter, but it's great for harness racing fans because the whole race is right in front of you. The track has been great, so we do expect some faster miles before the end of the season here. We thought that if we were going to build this track we wanted to do it with the long term in mind, and we went right after one of the most famous half-mile tracks in the world."

As a recent segment (below, from the 3:35 mark to 6:00 mark) explains, fans have been enjoying the return of racing to the Regina area after a nine-year hiatus.

"It's really a facility that was built with the harness racing fan in mind," LeDrew said in the CJME radio interview. "All of the six or seven hundred people (that have been at the track on each race day so far) are right over the rail and right on top of the action. It's something that we're really proud of and we're really excited. If you are a traditional harness racing fan or newer to the sport we think you're going to have a great day at the races and a great time."

The next card of live racing at West Meadows Raceway has been drawn and is set to head postward for a 1:00 p.m. start on Sunday, October 2. A total of 61 horses have been drawn into a total of 10 races.

The feature on the card (Race 6) is a $4,000 dash for two and three-year-olds that are the top eight money-earners in the province so far this year.

The second feature on the card is Race 7, an Open which has attracted a field of seven.

It's a great time for the

It's a great time for the future of harness racing in Saskatchewan. The mutual handles for the first 2 weeks were very positive. I can only hope that the provincial government will participate with our sport in a more equal way as they do with the thorougbreds and I also hope more horseman will try our province out next year, thus putting more entries in the box. I think our fans deserve to see 7 or 8 different trainers in a race. It creates a better image for the bettors. As an owner, higher handles will mean higher purses, and better horses. Thanks to the media for their coverage.And thanks to the fans who have come out. With you, our sport will thrive.

Great to see Harness racing back in the Regina area.. Took a long time and alot of hard work.. My congratulations to Glenn and all who made this possible.
Ron Sinclair.

Glad to have racing back in

Glad to have racing back in my home province. Half mile tracks are the most exciting for fans, more action,easier to follow. Wishing you all the best in future racing!