Sylvia Hanover Is The Great Lady 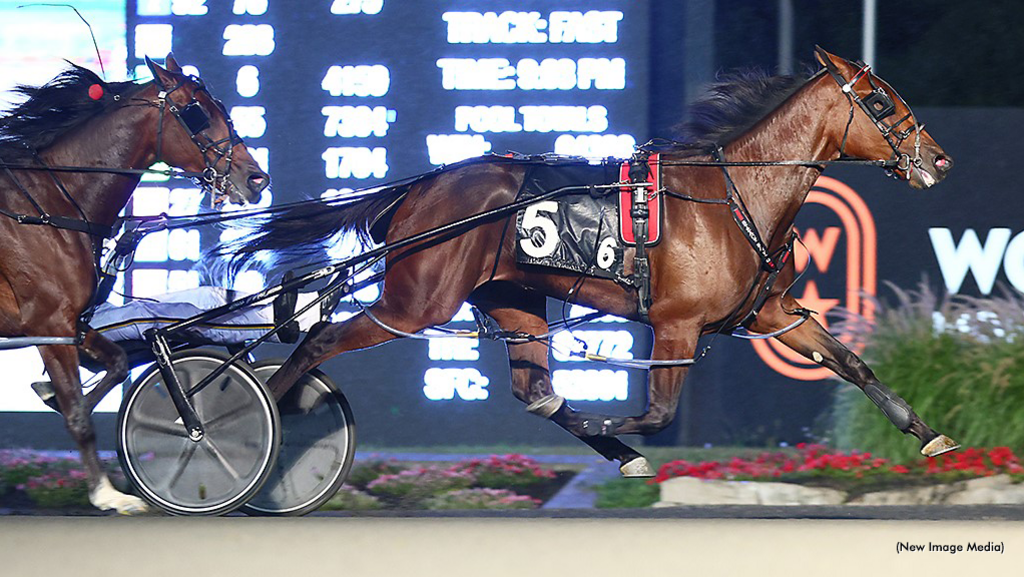 Heading into Saturday night's (Sept. 24) $525,000 Shes A Great Lady final at Woodbine Mohawk Park, the talk of the event were the two elimination winners Sylvia Hanover and Charleston, who both came into the race riding winning streaks. The former extended hers while the latter saw her streak snapped.

The final, for two-year-old pacing fillies, kicked off Woodbine Mohawk Park’s richest night of racing tonight anchored by the Mohawk Million. The field was reduced to nine with the late sick scratch of Bellisima Hanover.

As the race got underway, it was quickly evident that Dexter Dunn, aboard Charleston, and Bob McClure, behind the favourite Sylvia Hanover, both were after the front. Charleston was able to take over that position as they exited the first turn and hit the quarter in :27.2. Sylvia Hanover, on the outside of her since the start, was able to take control before the :56.3 half and headed the youngsters by the three-quarters in 1:25.2.

Charleston popped out from second and paced hard down the stretch, but could not haul down the leader who hit the wire in 1:51.4. Next to cross the wire were Treacherous Penny, Caviart Davia and Proud Mary.

“She was stretching herself out, I think she could have cleared a little easier,” noted McClure of Sylvia’s move to the top before the half. “In races like this you’re not going to get anything handed to you no matter how much of a favourite you are. Once she got the front it was business as usual, she holds them at bay.

“We kept going really fast, we were pacing hard down the lane, they were pacing with her, there’s a lot of really fast fillies. She wasn’t letting them get too close. It’s a fun race just to be a part of, to win it is even better,” he said.

“Every start she shows more and more, her first start off a qualifier when she jumped up to a 1:51 mile, that was impressive,” said trainer Shawn Steacy, who noted some "R&R" is on the filly’s agenda before preparing for the Breeders Crown, which will be held late next month back at the Campbellville oval.

A daughter of Always B Miki, Sylvia Hanover is owned by Hudson Standardbred of Quebec. The Hanover Shoe Farms bred lass now has six wins in seven lifetime starts (the other was a second). Her earnings now sit at just over $480,000. Her dam, Shyaway, competed in the 2010 version of this race, finishing seventh in the final after being second in her elimination.