Another Record Mile For Pure Cotton 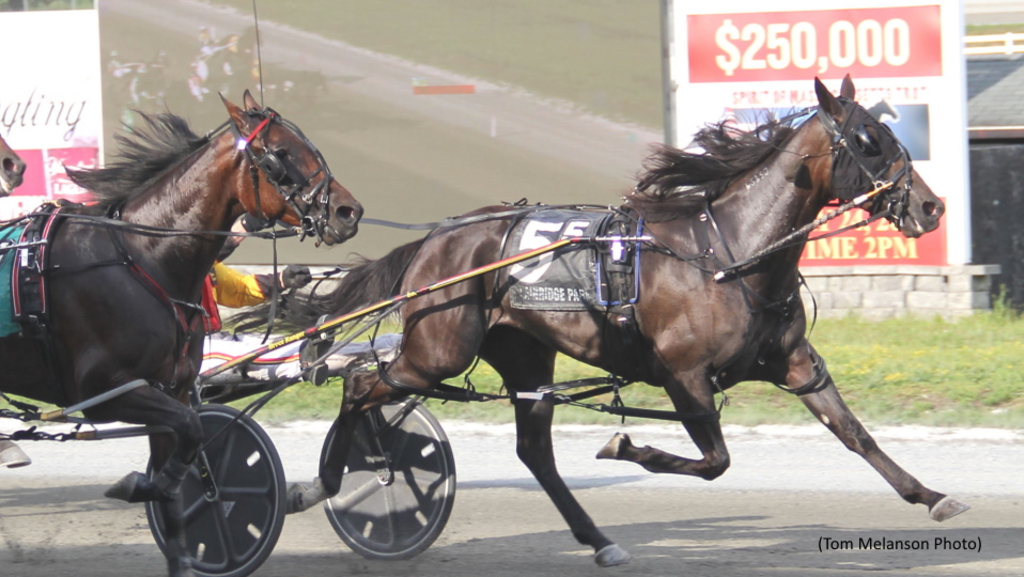 Since coming to from Yonkers Raceway, Pure Cotton has been at the top of her game. She broke the track record for four-year-old pacing mares in her first start here in July by pacing in 1:50.3 and on Tuesday afternoon, she broke that record again with an impressive victory in the $20,000 Open Handicap for distaff pacers.

Powered By Mach (Jay Randall) took the short field of five to the quarter in :26.2, but Bruce Ranger had Pure Cotton out and rolling to the front after that station and settled on the lead to dictate the rest of the mile. She hit the half in a fast :54.1 when Probert (Brett Beckwith) showed up on the outside after pulling from third, and she was on the attack.

The two mares paced in close proximity up the backstretch in another speedy :27.3 split and continued to tussle at the top of the lane. Sarah’s Lily (Jim Hardy) joined the fray three wide in deep stretch making two pursuers chasing the leader, but Pure Cotton was up to the task and closed out the race on top by one half length in 1:50.2.

The time was a new track record for a four-year-old pacing mare and also a new lifetime mark for the winner.

Pure Cotton ($2.60) is having a career year, now with six wins and $86,720 in earnings in 2022 for owner William Hartt. Lance Hudson trains the daughter of Rockin Image-Some Cotton.

Ranger finished the day as the top driver after scoring three wins during the card.

When live racing resumes at on Thursday afternoon (Aug. 11), there will be a $27,352 carryover in the Wicked Hi-5 wager in race six. Post time for the first race is 4 p.m.