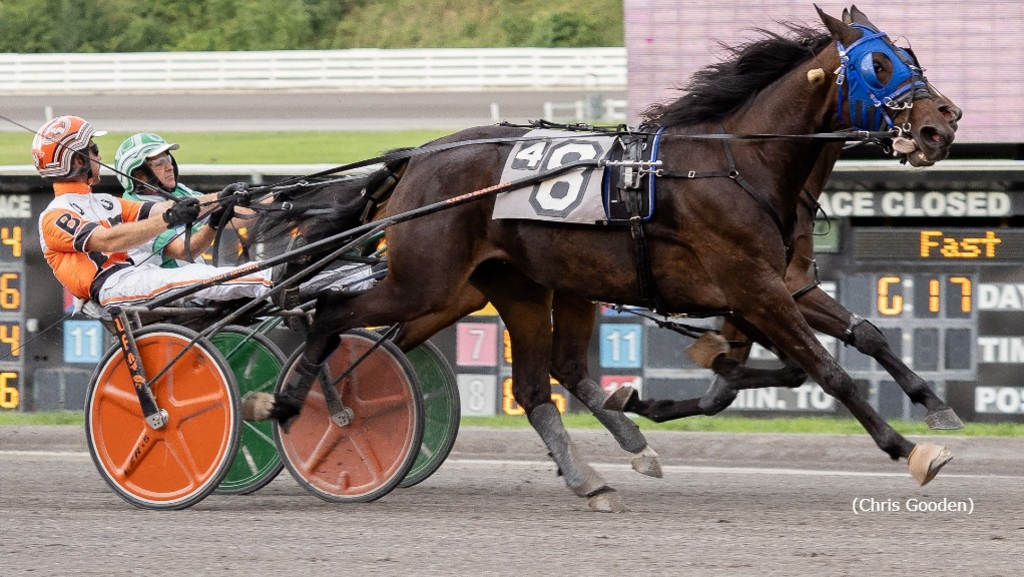 Jameson N Lime needed two moves to get there, but she notched her fourth straight victory in Friday’s (Aug. 5) $10,000 opening leg of a Pop Up Series for two-year-old filly trotters at Hollywood Casino at The Meadows.

Jameson N Lime opened her career with a fourth-place finish in a Pennsylvania Stallion Series stake, and she’s been perfect since then.

On Friday, the daughter of Father Patrick-Lindy On The Rocks found the pocket from Post 8 for Brady Brown, then abandoned it into the final turn to go after the leader, Show Me Da Moni. Jameson N Lime downed that rival by half a length in a career-best 1:59, with Cutiecumber third.

In Friday’s co-feature, the $10,000 opening leg of a Pop Up Series for freshman colt and gelding trotters, Brace For Landing seized the lead early for Anthony MacDonald and dominated, breaking his maiden in style in 1:56.1. His stablemate, Landing Strip, was second, two lengths back, while Fire N Lightning earned show.