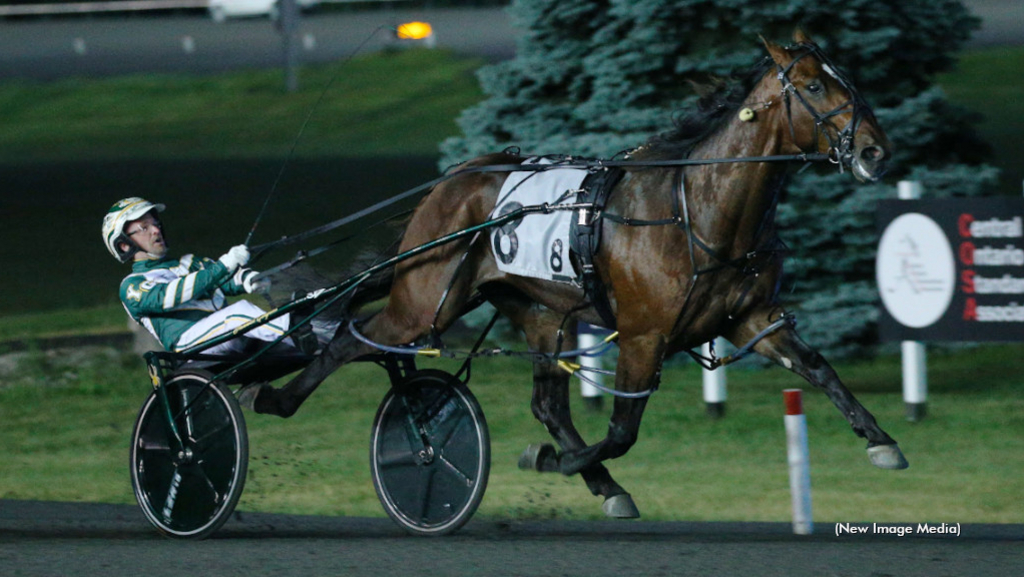 The favourite going into the race is Beach Glass, whose most recent appearance at The Meadowlands was an impressive one. He paced home in :25.4 to capture the 2022 Meadowlands Pace in a lifetime best and national season's record 1:47.2 on July 16 for driver Yannick Gingras, trainer Brent MacGrath and owners Schooner II Stable of Truro, N.S.

The three-year-old colt by Somebeachsomewhere - Im With Her is having an exceptional year with seven starts earning $680,000 so far, the most of any horse this season in North America as of press time. He’s visited the winner’s circle on four separate occasions and has never finished worse than second in 2022. In fact, Beach Glass has only finished worse than second place once in his 12 lifetime starts and that was in the Breeders Crown Final last October, a sixth-place finish in his fifth lifetime appearance. MacGrath was still happy with what he saw in his young colt then, compiling a record of 3-1-0 from five freshman starts, and knew that Beach Glass had to go through some growing pains before the colt would be at his best. “I firmly believe that how he got set up last year has a lot to do with how he’s doing this year.”

Beach Glass’ last start was in the Delvin Miller Adios Final at The Meadows on July 30 where he had a tough trip and ultimately finished second. MacGrath knows his young star was tested but was not too surprised that he would see this level of competition. “It was the first time a horse raced him hard through the stretch. You’re not going through the season without being raced hard through the stretch at this level.”

There was some early adversity in Adios when River Ness went off stride and caused Beach Glass to do some extra work, but MacGrath knows that’s just how it is in the horse racing business.  “I’m not saying if that horse didn’t run, we would have won but it did change the landscape. I would like to have a do-over, but that’s racing.

“Our horse raced great. I couldn’t be happier with him and I’m extremely happy how he came out of it.”

After the hard-fought race, Beach Glass is looking better than ever going into the upcoming Cane Pace. “He’s on top of his game. He’s sharper than I have ever seen him,” said MacGrath on Wednesday. “He trained like a champion. He’s so happy doing his work. He’s very loose. We’re happy with the spot he’s in going into Saturday.”

MacGrath is only looking for one thing to be different this upcoming weekend.

“To win is the only change we’re looking for.”

The other seven pacers in the field are not to be dismissed by any means, but Beach Glass is far and away the most accomplished colt in earnings, and he is given 9-5 morning line odds which makes him a heavy favourite. Each trainer has a different plan they set for their horses and MacGrath is not too surprised with the field for the Cane Pace. “When you get down to where we are with the number and quality, you’re going to see the top two or three horses go in different directions.”

Different directions is exactly why MacGrath, who was the trainer for the iconic Somebeachsomewhere, is seeking his first Cane Pace title. In 2008, he had a different map for the Ontario-sired Somebeachsomewhere than his Pennsylvania-sired pupil Beach Glass, and the Cane wasn’t in the cards for MacGrath & Co. those 14 years ago.

Beach Glass will start from post position six in the Cane Pace as he looks to continue his hot year and earn his share of the $258,300 purse. First post time for the 16-dash Saturday card of harness racing at The Meadowlands is 12:00 P.M. Eastern. The field for the Cane is as follows.