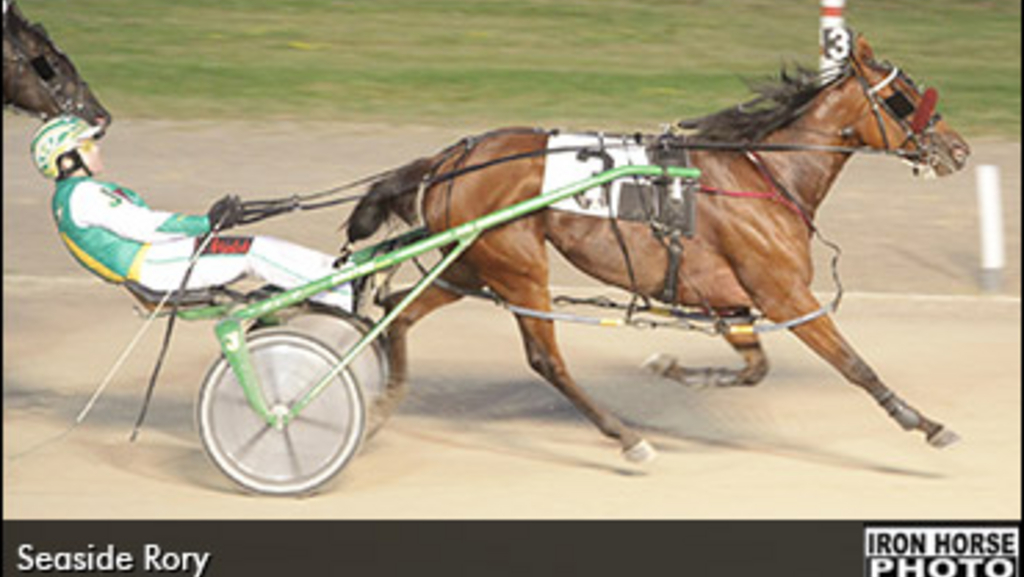 Seaside Rory picked up her second Gold Series win on Monday evening at Grand River Raceway and the three-year-old pacing filly did it in impressive fashion.

Getting away from Post 3 with regular reinsman Jody Jamieson in the race bike, Seaside Rory sat just off the pace in fifth as fan favourite Jan It Jackson rolled through sharp early fractions of :27, :54.3 and 1:24.1. Rolling down the backstretch for the second time Jamieson sent Seaside Rory up the outside and the filly had edged by Jan It Jackson before the head of the stretch.

With a little more gas in her tank than her rival, Seaside Rory was able to accelerate away to a one and one-half length victory in a track record 1:53.1. The mile shaved one-fifth of a second off the mark set by Jet Speed in last fall’s Grassroots Semifinals. Jan It Jackson settled for second, with Wildcat Hanna another length back in third.

Hillsburgh resident Jeff Gillis trains Seaside Rory for his partners Mac Nichol of Burlington, M And L Of Delaware LLC of Wilmington, DE and Ellen Ott of Buffalo, NY. The victory, the Mach Three daughter’s sixth of the season, boosted her career earnings to $116,608.

The final battle was won by first time Gold Series starter Regil Elektra, who rocketed down the stretch to a three length triumph over Request For Parole and Marlee B in a personal best 1:53.3. Brad Forward crafted the win for trainer Shawn Robinson and owner Fred Monteleone Stbl LLC of Pompano Beach, FL.