The Track On 2 Gearing Up For Meet 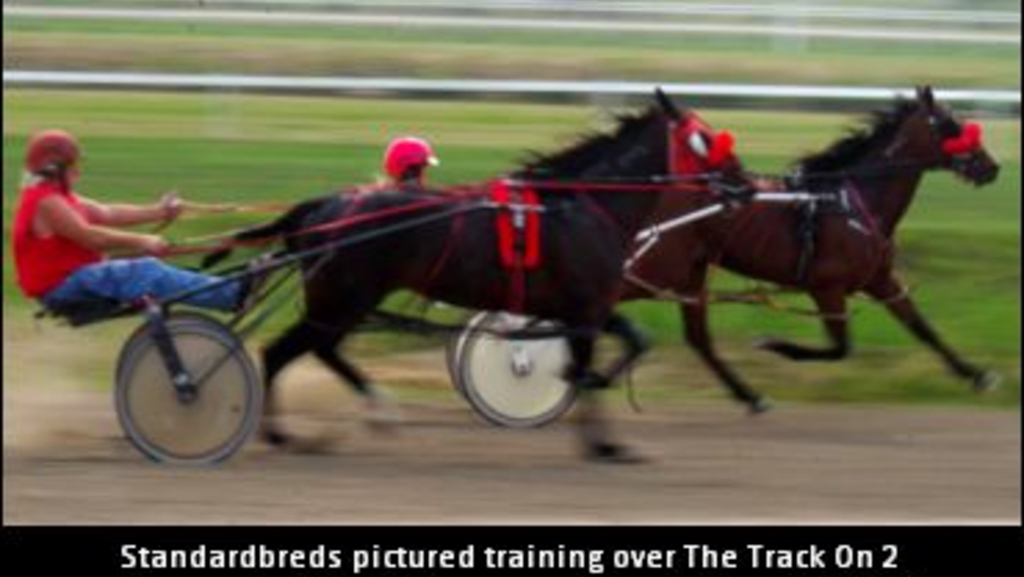 Tuesday, August 14 was a great day to be in Lacombe at The Track On 2, as a select few were able to check out the racetrack and the amazing renovations that have been made to the property.

When the facility first opened many years ago (as Alberta Downs), it was a little filly named HF Agent Nintynine that took the first equine step onto the grounds. Things were new and exciting, and the filly – along with her equine and human family – enjoyed the country-like feel of the grounds and the racetrack.

In 2009 ‘Nintynine,’ as she is affectionately called by her family, was three years old and into her second year of racing. In 2010, HF Georges Kiss made her debut at the racetrack, and in 2011 Kinda Funky made her way onto the scene.

‘Kiss’ and ‘Funky’ started at the track as two-year-olds and did very well. Funky went on to win the Alberta Sires Stakes Super Final for two-year olds in 2013. Many exciting races were held on what is now The Track On 2, which is western Canada’s only mile racetrack. The Haining family – led by third generation horseman Harold Haining, along with his wife, Colleen, and future trainers son Mark and daughter Kaitlin – enjoyed the area very much, and in 2011 moved to the small village of Clive, which is located approximately 19 kilometres east of the racetrack.

Since living in the area, the Hainings and many fellow Alberta harness horsepeople have entertained the surrounding communities with friendly exhibition races at the Tees Rodeo, at the Wagner farm for Clive Harvest Day, and entered horses into the Bentley parade. The horsepeople have always enjoyed sharing the love of the horses with others, and at the Clive Harvest Day members of the community were treated with a chance to drive some pacers. Ryan Ronald, a member of the Clive Community, even drove Kinda Funky one week before she won the Alberta Sires Stake Super Final.

It’s been said that if you need something done efficiently and quickly, just ask the busiest person you know, and it will get done. You would be hard pressed to find anyone with more going on than the new owners of The Track On 2 Inc. Kurt and Kyla Belich and Ross Morrison are amazing, driven, professional people who do not believe in doing anything half way.

Patrons at The Track On 2 will be treated to an exciting experience which will include horse racing and so much more. Live Standardbred racing will start on September 1, but the facility will offer great entertainment, food, and sports. You just have to see it for yourself to believe everything that’s going to be on display at the facility. Keeping the country fair type of atmosphere is very important to the partners, as well as having the most updated facility possible.

On August 14, a select few were treated to a couple of training miles. The trip saw horseman Harold Haining and his daughter, Kaitlin Haining, train three two-year olds in two different training miles. HF Agent Nintynine and Kinda Funky’s sons, HF Thegreatpumpkin (by Pang Shui) and HF Jesse James (by Pang Shui), followed in their dams’ hoofprints, so to speak, as they were the first two horses to train on the newly-improved course at The Track On 2. 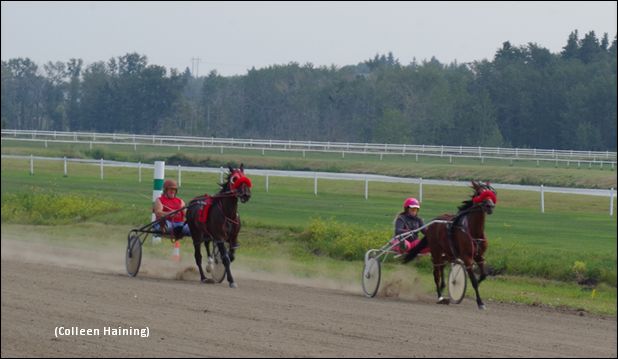 Also, the filly mentioned earlier, HF Georges Kiss, her daughter, HF White Lightning, was the first filly to train over the course at The Track On 2. Harold Haining has been very pleased with the progress that has been made on The Track On 2’s track base and surface, and is sure that fans will see some great racing when things start up on September 1. 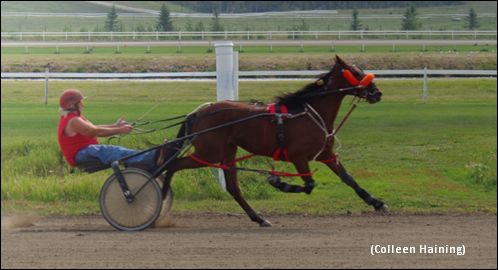 If you are new to horse racing or are a longtime fan, taking in the action at The Track On 2 in Lacombe will definitely be a treat. The facility will offer luxury suites for fans to enjoy a VIP experience, but The Track On 2 will also offer many options for a variety of functions.

You can find additional information on their Facebook page (here) and at thetrackon2.com.

(With files from ASHA)