Define The World To Deep Impact 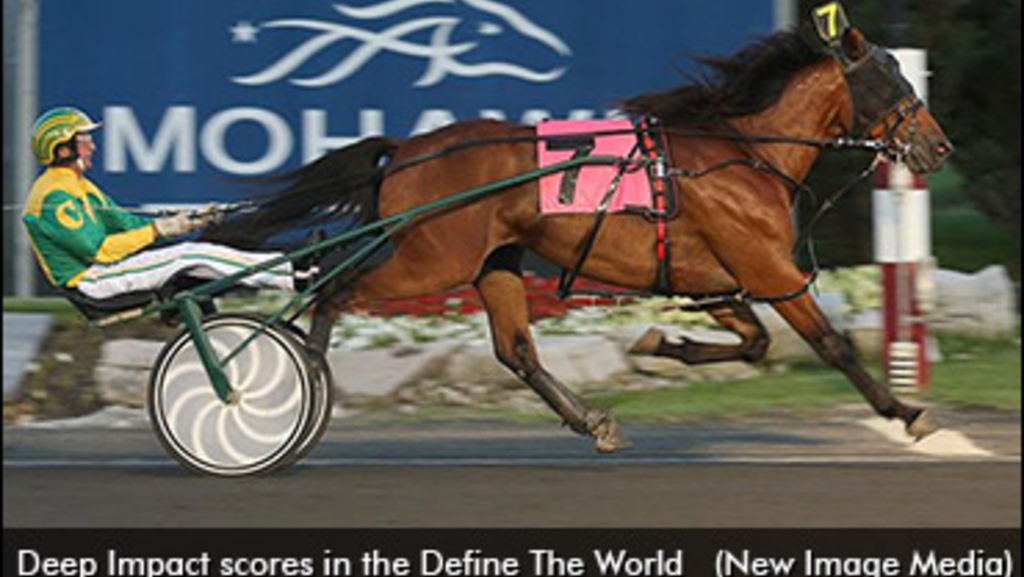 Deep Impact followed up his second leg triumph with a gate-to-wire victory Thursday night in the final of the Define The World Series at Mohawk Racetrack.

A field of seven rookie trotters contested the $35,600 final of the three-week series event. Brad Maxwell-trainee Deep Impact was sent off as the 3-2 favourite after posting a second-place finish and a victory in the preliminary legs.

The son of Donato Hanover left from post seven with driver Steve Condren and trotted out to front to post an opening quarter of :29.4. Deep Impact continued to call the shots through the middle-half posting panels of :58.2 and 1:27.3.

Bucketlist Hanover (Randy Waples), also a Maxwell trainee, challenged first up around the final turn, while Blenheim (Per Henriksen) tracked along in the two-hole. In the stretch, Deep Impact pulled away from his rivals and trotted home smoothly in :28.3 for a 3-½ length victory in a sharp 1:56.1.

The rookie trotter now has a record of two wins from three starts and earnings of $26,800. Deep Impact’s clocking of 1:56.1 knocked a full second off his previous career mark, and he paid $5 to win as the public choice.