Finishing first or second in eight consecutive starts, Denslow Hanover and driver Jimmy Devaux floated for position from post three while Artful Way set the pace. Through splits of :55.1 and 1:22.2, Artful Way braced for Denslow Hanover as he surged off cover in the stretch. Denslow Hanover got up in time to prevail in a career-best 1:51.4 and register his first Open victory. 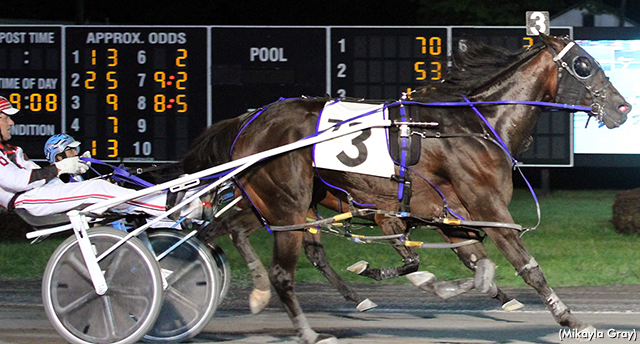 Denslow Hanover, a six-year-old son of Yankee Cruiser, paid $21.80 to win and led an exacta and triple that returned $72 and $604, respectively. Devaux piloted six winners on the Saturday program, three of which coming for trainer Don Billings.