Fillies And Colts Set To Battle In Future Stars Series 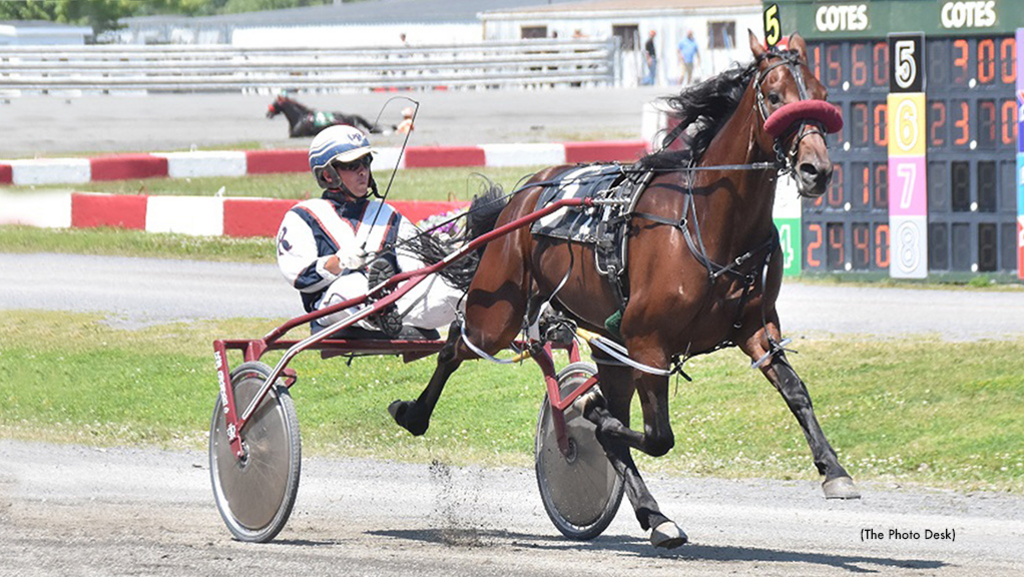 This Sunday (July 24) the Hippodrome 3R will host the opening round of the Future Stars Series for Quebec-bred two-year-old pacing fillies and colts. There are three divisions for the fillies and one for the colts.

The series features three preliminary rounds with the eight highest point earners returning for the $55,000 finals on Sunday, September 11.

The three divisions for the fillies are Races 2, 6 and 8.

Some of the exceptional fillies competing include Kinnder Billiejean (Post 4) in the sixth race. She is by Artspeak from the Million Dollar Cam mare Lotsa Moxie, making Kinnder Billiejean a half sister to four top Quebec performers including Kinnder Jackson (p,5,1:51f, $331,570) and Kinnderuntouchable (p,5,1:55.3h, $61,675).

Kinnder Billiejean will be driven by Pierre-Luc Roy for trainer Denitza Petrova, who owns and bred the filly.

Also in the sixth race in Post 5 is Godiva Shadow Girl for driver Robert Shepherd. The Shadow Play filly is undefeated already in two starts at H3R, the fastest a 2:02.3 mark for trainer Lyne Asselin and owner-breeder Raymond Larose. She is out of the 100% producing mare Godiva Beachgirl.

The eighth race is highlighted by Pocahontas Du Lac (Post 1) for driver Pierre-Luc Roy. She has already made five starts this year for trainer Francis Richard and is owned by her breeder Louis-Philippe Roy, Pierre-Luc Roy, Maude Larouche, and Jean Allaire.

The filly by Betterthancheddar was second last week at Georgian Downs in 1:57.1 and the prior week was a winner at Grand River Raceway in 1:58.2.

The morning line favorite is Little Diamond (Sportswriter) who starts from post two for driver William Roy. He already has four pari-mutuel starts and last week led from start to finish in 2:01.1, winning by ten lengths.

Also, a contender is Albert Alpha (He’s Watching) from post one for driver Pascal Berube. He was a game second last start, timed in 2:02.4.