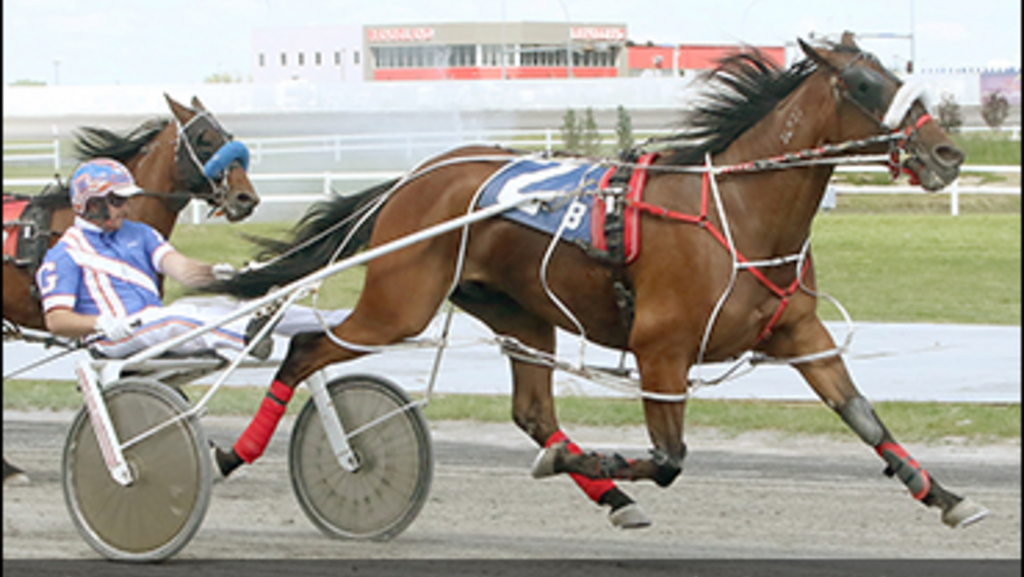 After being absent from action since December, Baylor Out ($12.50) wasted no time finding his groove again, capturing Sunday's (July 21) $9,000 Open Pace at Century Downs by a widening two lengths over pacesetter Wrangler Cash.

The six-year-old Armbro Baylor gelding was unhurried early, easing back to fourth from post 2 while Retros Mystery (David Kelly) circled clear of 3-5 favourite Ima Dude (Brandon Campbell) through a :28.3 quarter before yielding pace control to the public choice with a circuit to go. At the completion of a :57.4 half, Phil Giesbrecht angled Baylor Out a loose second-over, but the pair were left to face the breeze when Wrangler Cash (Gerry Hudon) cleared midway up the backstretch.

After steadily encroaching through a :27.1 third quarter, Baylor Out engaged Wrangler Cash on the far turn and duelled to a mid-stretch lead before edging away to score in 1:54. Wrangler Cash narrowly held second over Three More Smiles (Kelly Hoerdt), who lifted late down the grandstand side to take third.