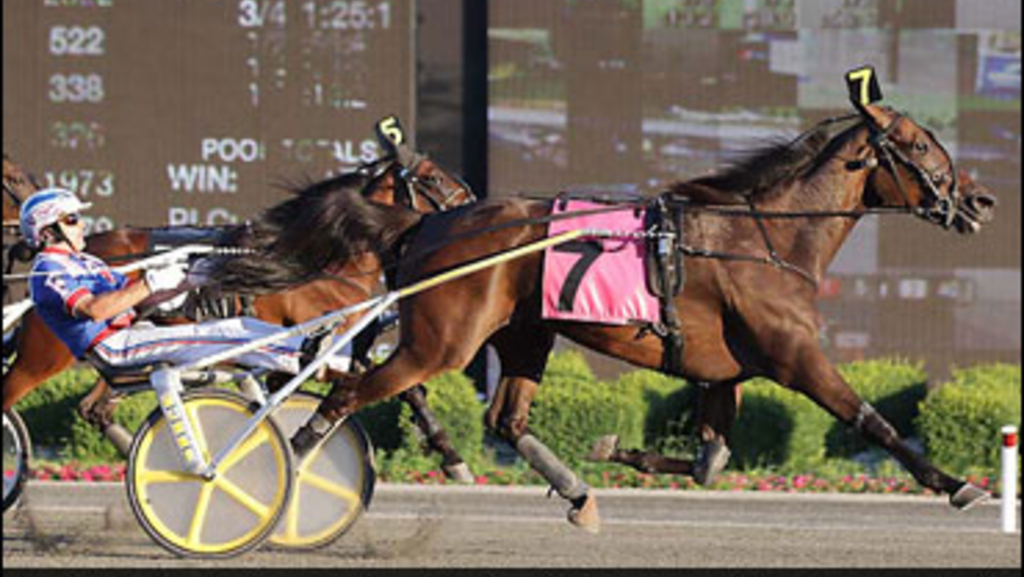 Ron Burke believes less is more when it comes to Buck I St Pat. So after watching the eight-year-old trotting mare knock heads with the boys through the early part of this season, the trainer plans to point Buck I St Pat toward stakes races against the ladies the rest of the way

Buck I St Pat made her first foray of the year into the division a victorious one by winning her elimination race for Saturday’s $349,000 Armbro Flight at Mohawk Racetrack in Ontario. Buck I St Pat won last season’s Armbro Flight in a stakes-record 1:52.

“I’m sure she appreciated getting to race against the mares again,” Burke said. “She’s maybe a step below what we’ve been facing. She went out (in her elimination) and did what we thought she would.”

“I don’t mind (racing against males) once in a while, but we did it seven starts in a row,” Burke said. “I think she might go against the boys one more time, but we’re going to concentrate on staying in her class and finishing up the year strong.

“She’s had some little things with her throat aggravating her. It’s something she’s battled the last three or four years. I’m going to start cutting back her starts and focus on the big money races against the mares and not race her much more than that. I’ve always said she’s more like a Thoroughbred than any horse I’ve had. The gaps (between races) usually make her sharper.”

Buck I St Pat will start the Armbro Flight from post four with regular driver Tim Tetrick. Miss Dangles, who won the other elim by a half-length over Frosty Flirt in 1:53.1, begins from post three.