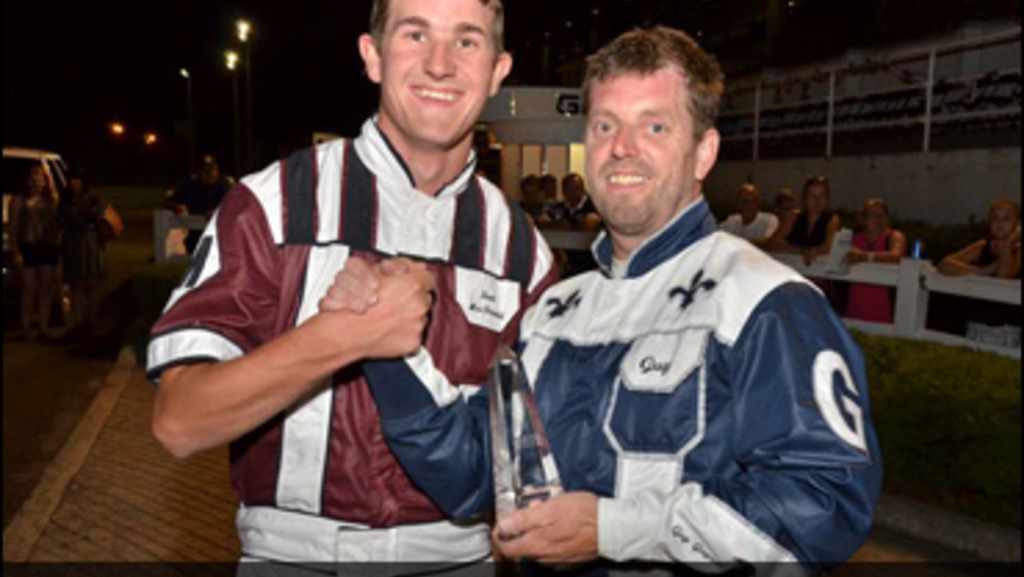 In his five of six tournament drives, Gagnon finished no worse than fifth. His win in the first leg with pacer Northern Trophy gave him an early lead, one he would not relinquish. 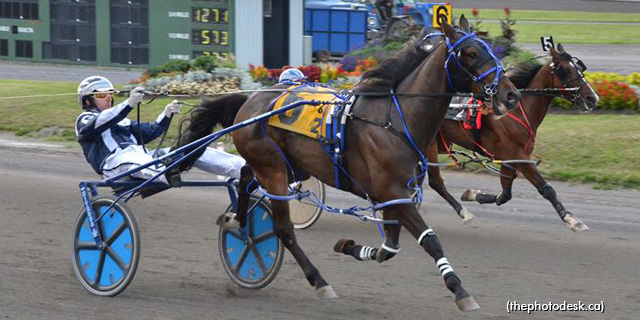 With a total of 42 points, Gagnon edged out Brett MacDonald of Embrun, ON for the overall title. MacDonald did not win a race throughout the tournament, but he did manage three runner-up scores along with his five top-five placings to accumulate 41 points. MacDonald finished second in the sixth and final race of the tournament with pacer Beach Terror, and that finish gave him just enough points to edge out Pascal Berube -- who finished third with 40 points -- for the coveted spot in the Nationals.

At 19 years of age, MacDonald was the youngest driver in any of the four regional driving competitions across Canada and he will make his National Driving Championship debut.

Gagnon and MacDonald complete the roster of eight drivers that advance to the National Driving Championship on October 14 at The Raceway at Western Fair District in London, Ont. James MacDonald & Trevor Henry will represent Ontario, Jason Hughes & Corey MacPherson are the Atlantic Canadian drivers and Brandon Campbell and Jim Marino have qualified from Western Canada.

Leg 1
A pocket ride was the ticket to the winner's circle for driver Guy Gagnon and Northern Trophy. Gagnon sat patiently as Tickle My Fantasy (Pascal Berube) did all the work on the front end, carving out fractions of :27.3, :57.3 and 1:27.1. Gagnon edged out of the pocket shortly after the third quarter and powered past the pacesetter in the stretch for the length-plus victory. Tickle My Fantasy stayed for second with Hold Your Hat (Jacques Beaudoin) completing the top three.

Leg 2
The second race was a classic example of 'catch me if you can' by driver Sylvain Lacaille and Jewels In The Sand, who was closest to her rivals when the gate wings folded. The six-year-old mare then trotted through fractions of :29.1, 1:00.1, 1:29.3 before hitting the wire all alone in 1:59.1. SOS Justice (Beaudoin) closed well for second with National Trace (Gagnon) edging Uncle Freddie (Gord Brown) for third.

Leg 3
Gord Brown got himself a much needed boost with a gate-to-wire score aboard SOS Mach Xtreme. Sent off as the second choice, Brown drove him like a 1-9 shot and repelled all challengers for the 1:55 lifetime best score. Not This Time (Brett MacDonald) took a shot at the pacesetter in the stretch but had to settle for the runner-up spot. Favoured Woggy Rocks (Beaudoin) was a non-factoring third.

Leg 4
Gaetan Lamy found just enough room on the backstretch to edge out around a tiring pacesetter, and that move proved to be the winning one as the 69-year-old notched his first win of the tournament aboard April Bandit. Lamy's charge was able to pace past Kesons Reign (Gagnon) in deep stretch for the 1:58.3 win. Lady Lou Dream (Lacaille) finished third but was placed fourth for a lapped-on break at the wire, bumping Pretty Emy (Brown) into the top three.

Leg 5
Pascal Berube made it five different winning drivers, guiding Jimbelina to an on-the-engine 1:57 lifetime best performance. Heathers Shadow (MacDonald) sat the pocket throughout but came up short in a late rally. Sheldonthepsychic (Beaudoin) was next best across the wire.