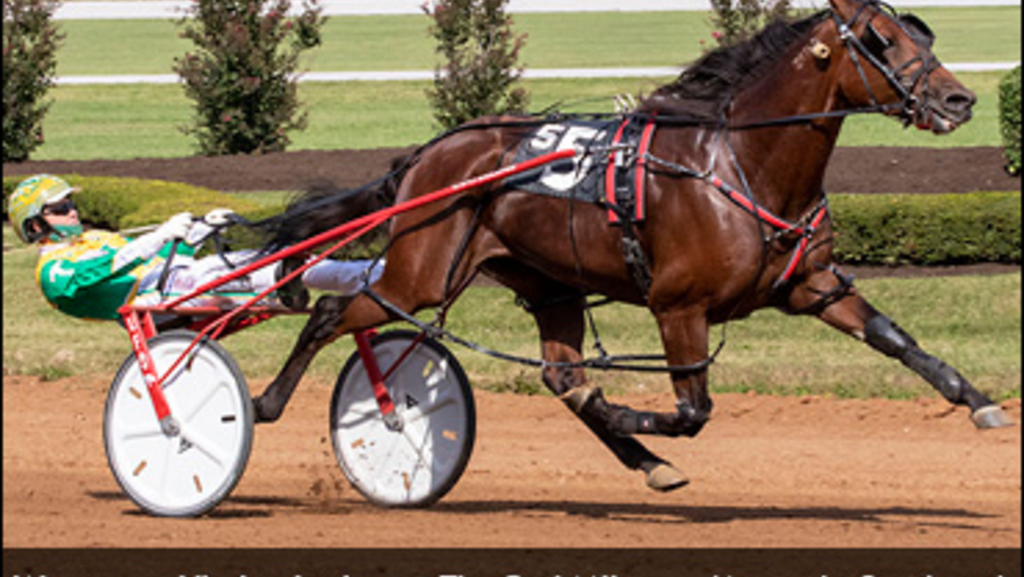 With a number of Graduate legs in the books and Warrawee Vital posting solid efforts thus far, he's very likely to be a factor in the Graduate Series final. After that, his connections have some questions and concerns about his racing schedule.

To date, Warrawee Vital has raced four times, winning a $21,000 overnight pace at The Meadowlands and finishing runner-up in three preliminaries for the Graduate Series. However, Fellows has his sights on sending his four-year-old Captaintreacherous stallion into the free-for-all ranks later this season.

“He’s going to have have to step up,” Fellows said in a COSA TV feature. “The other ones are more mature – they know where the wire is; they know what it takes to win, the great ones anyway. The schedule for him is unclear right now.”

Warrawee Vital is staked to several of harness racing’s most prominent stakes events for free-for-all pacers. Though in recent years, some of these events have removed eliminations from their format and instead will be open to the top-10 money earners who are eligible and enter, which poses as a potential obstacle for the winner of $294,428 who went unraced at two.

“He’s definitely got the Graduates and hopefully the Graduate final, and all the other races he’s been paid into this year there’s no eliminations, it just goes top-money made,” Fellows said. “The Roll With Joe he’ll have to be the top-10 money winners, and then the Haughton will be the same, the Dan Patch is the same, the Allerage is the same, the Canadian Pacing Derby’s the same. He’s paid into all of them, but he may not get to race in them if he doesn’t have the top-10 money made. It’s the same rules for everybody, but because he didn’t race at two, it’ll be tough for him to advance when every time there’s a race, those five top finishers have more money than him. It’ll be hard for him to catch up.”

If more than 10 horses enter races such as the William Haughton or the Canadian Pacing Derby, the stake will cut a consolation division to be run the same day as the main event. One positive that Fellows pointed out: with the cancellation of four-year-old events like the Confederation Cup and Prix d'Ete, most of Warrawee Vital’s 2021 engagements will have him going just two turns.

“Actually all the tracks he’ll be on will be seven-eighths or bigger,” Fellows said. “So he just has races at The Meadowlands, hopefully here at Mohawk, Hoosier Park and then Lexington and then back to The Meadowlands at the end of the year as long as he stays sound and healthy.”

Despite the uncertain stakes road ahead for Warrawee Vital, Fellows said his horse has grown into his four-year-old year, and he cited some of the 1:47.1 performer’s strengths as the stallion ventures deeper into the stakes season.

“His best attributes is [that] he’s fast. He’s very calm – on the track he can be a little keen on race nights. At home here, I train him on the farm and he’s quiet. He spends his nights overnight out in the field. He’s very much calm and home is home. But last year when we left him, we were stabled at the track a few weeks and he was very aggressive – he associated going to the track with racing. He’s grown, he’s sounder this year…he’s a nice horse.”

The Meadowlands hosts the fourth leg of the Graduate Series Pace on Saturday, June 19 with the final slated for Saturday, July 10, which is Meadowlands Pace elimination night.

COSA TV's feature on Warrawee Vital can be viewed in its entirety below: