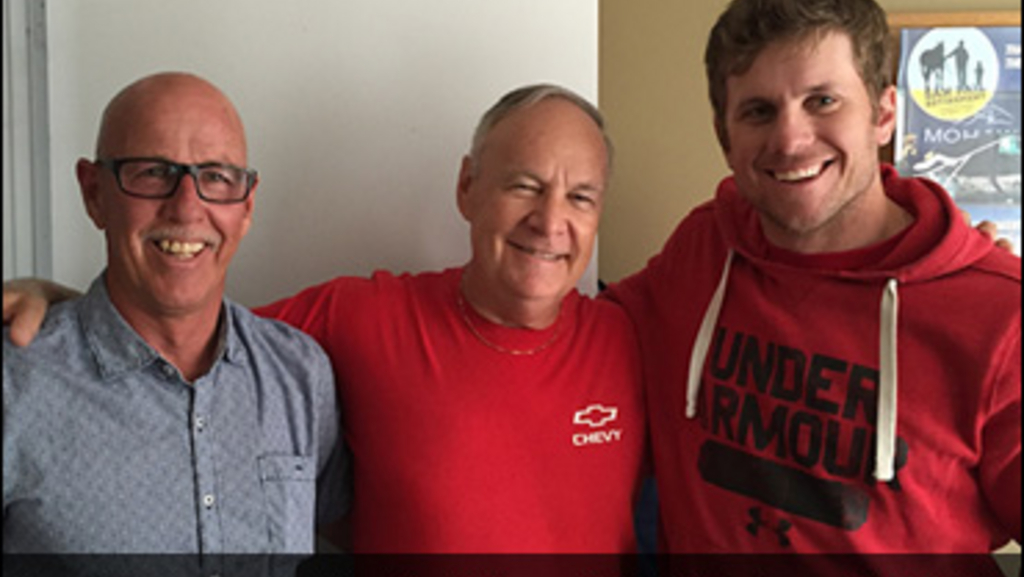 Frank Salive, widely acknowledged as one of the best race callers in North America, will celebrate Canada’s 150th birthday and the 250th celebration of horse racing in this country at Kawartha Downs this Saturday.

Frank, dubbed the ‘Velvet Fog’ many years ago, will be guest announcing at the Fraserville oval on July 1, 8 and 22, filling in for regular announcer Evan Loucks during his holidays.

“I’m looking forward to once again being part of the KD team,” noted Salive who announced at Kawartha last year as well in Evan’s absence. “They do such a great job and have wonderful crowds every race card.”

Frank and Gord Brown, the driver who won more races at Kawartha Downs than any other and has now retired and is serving as the track’s race analyst, will host a live show prior to the first race and the singing of the national anthem. It should start at approximately 6:30.

“I am already certain Gord will be one of the most knowledgeable commentators I will have the privilege to work with in my career,” noted Frank who holds Peterborough and region close to his heart after playing for the Peterborough Petes as their goalie from 1972 through 1975.

“The Petes organization has served me well for the decades which followed. The Peterborough broadcasters of that era, the late Bill Bennett at CKPT and Gary Dalliday at CHEX-TV mentored me at the start of my career announcing. So coming back to Kawartha Downs for Canada Day and these July programs carries extra meaning for me.”

Fans will have the opportunity to win a plethora of Canada Day and the 250th Anniversary of horse racing prizes, t-shirts and hats with giveaways following every race. Youngsters will also be part of the prize draws with Canada Day t-shirts being distributed in the Kids’ Club during the race card.