In a rare battle of millionaires, Dapper Dude got the jump on Dancin Yankee and held him at bay late to capture the $20,000 Preferred Handicap Pace Saturday, June 2 at The Meadows.

Dapper Dude drafted in the pocket behind his stablemate, Anythingforlove A, when Ronnie Wrenn, Jr. sent him after the lead past the three-quarters. The nine-year-old son of The Panderosa-Dress To Suggest blew by in a heartbeat, with Dancin Yankee in tow. Dapper Dude downed Dancin Yankee by a head in 1:50 while 56-1 long shot Rock The Nite rallied for show. 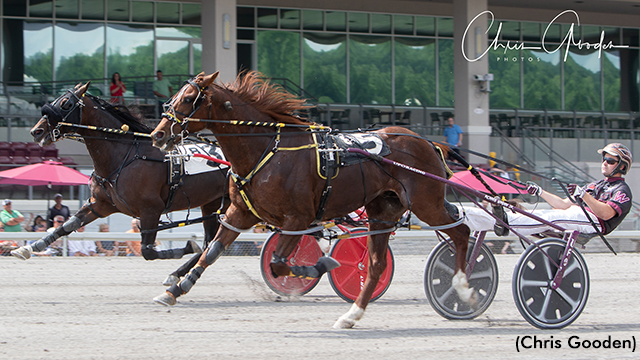 The Bercurys were at it again in Saturday’s co-feature, the $18,000 Filly & Mare Preferred Handicap Trot. There, Barn Girl — trained by Bill, owned by Renee — won a heated three-way scrum for the early lead and prevailed in 1:53, a tick off her career best. The six-year-old daughter of Cash Hall-Turquoise Sweetie now has won $673,668, collecting her 49th victory in 98 starts.

George Bonomo squeezed off the cones with Time Outa Jail in the backside, gobbled the tiring leader and captured the $10,000 leg of the C.K.G. Billings amateur trot at The Meadows in a 10-and-one-quarter length romp.

Once Bonomo and Time Outa Jail found racing room, they surged past Mike Mitchell and Ki Ki Canolli and scored in 1:58. Bob Troyer was second with JLS Too Hot Taj while Michelle Ruvola and Better Call Saul rallied from a backside break to earn show.

When Ruvola finished third, she assured that family bragging rights would remain with Bonomo, her father — at least until the next Billings event. 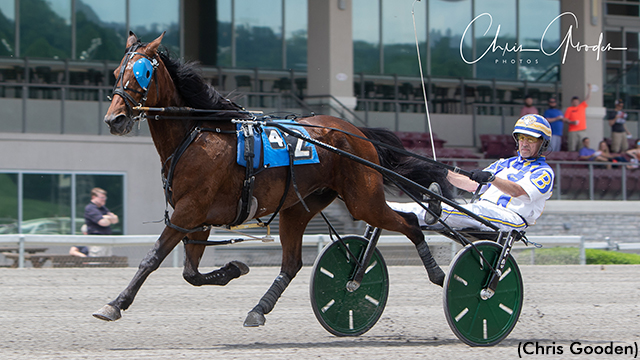