“I Can’t Keep Putting Myself Through This" 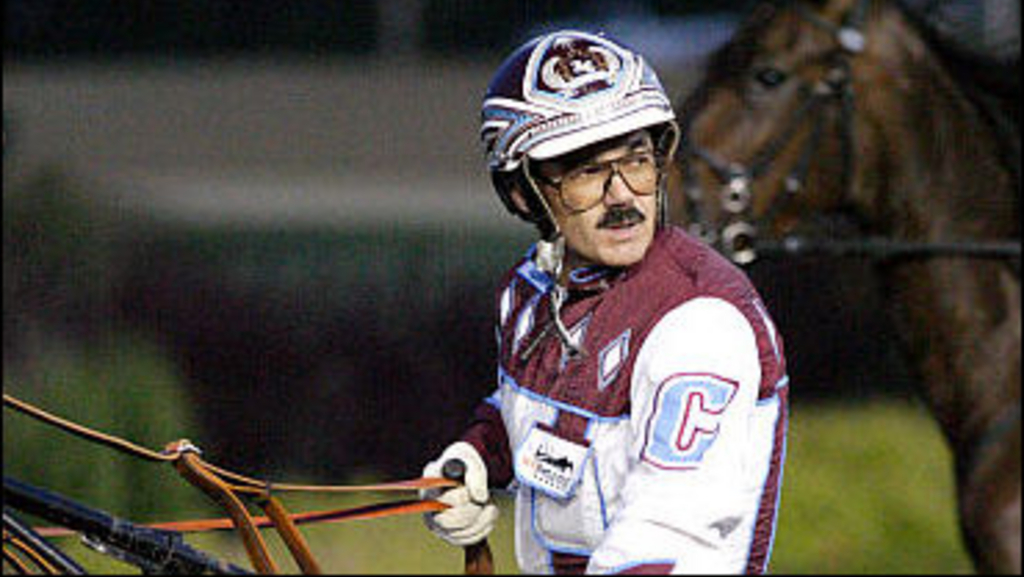 While in discussion with harnessracing.com Campbell said that he will wait on word from his local doctor in regard to his future treatment in his recovery. “I think this is just a time thing,” he said. “We’re getting all my films and tests to my orthopedic doctor today and he is going to look at it and make an evaluation. But I really don’t anticipate anything different than the diagnosis done by the Chester hospital, which is a very good hospital.”

The spill occurred in a division of the Pennsylvania Stallion Series for three-year-old trotting colts when the David Miller-driven Somedancer Hanover, who was sitting in the three hole approaching the three quarters, came up on the back of the pocket-sitting Ax Man and driver George Brennan and fell to the track. That triggered a chain reaction that also involved the Campbell-driven Tritech and the Brad Provost-driven Bravo.

Miller continued to drive the remainder of the program while Provost was taken to the hospital as a precautionary measure and then released. Campbell said he was able to stand and walk to the ambulance, but he knew he was seriously hurt.

“It’s incredibly bad luck to have horses just fall in front of you and I’ve had two of them in about a month.”

The 56-year-old Campbell, who has missed considerable time in recent years due to injuries suffered in race accidents, admits this latest incident has left him pondering retirement. This was actually the second time in just over a month Campbell was dumped to the track, the first coming in April at Pocono Downs when he was able to escape unscathed.

“When something like this happens you certainly have to think about it,” Campbell answered when asked about the possibility of ending his career with his current 10,417 wins and an all-time record high $278,978,761 in purse earnings. “I can’t keep putting myself through this. I haven’t made any definitive plans but it certainly does go through your mind when something like this happens.”

Seems like he has been around forever. Hard to believe only 56yo. Still a semi-retirement schedule or scaling back wouldn't hurt maybe. Another idea would be a cross country tour where he could visit a track for a day, auction off his services to drive local horses and donate the funds to a injured drivers fund. I am sure many fans from Balmoral to Fraser Downs would like to see him live.

Having lived in Metro

Having lived in Metro Detroit area all my life, and have seen some of the best. Goudreau,Wright,and his driver when on his game Johnson, there is still never been a better driver or ever will be a better driver than JOHN CAMPBELL, and a better ambassador for this dying game,than the man JC,.

What ever you do all of us die hard fans, will agree there is nothing left for you to accompolish,and if you ever do retire,the sport will have lost the best friend this game has ever had.

So without further ado...

Thanks for the memories and the money of course ha ha, please pass try to pass your ability on to some worthy soul we need it very badly.

If Gordie Howe is Mr. Hockey

If Gordie Howe is Mr. Hockey then John Campbell (with all due respect to so many other great drivers) is certainly Mr. Harness Racing. I simply marvel at John's amazing talent to put horses in position to win races regardless of which class they are racing at. John has been the regular driver of many 2, 3, and older horse champions whether they be trotters or pacers. His dirve on the great Artsplace in the Breeders Crown at Pompano is just one example of his many many great drives. As I have said on another post when John is sitting behind a legitimate favourite more often then not it's money in the bank. He rarely screws up. I am speaking selfishly here but I for one would be very sad to see him retire. I find it hard to imagine a Hambo, or a NA Cup or a Jug, Meadowlands Pace or any other big race without JC in the race. On a positive note John if you do retire thank you for so many wonderful memories. As so many people on this thread have noted you are a class act, unstained by any of the negatives of the sport and you are truly a great ambassador for this sport. You certainly have nothing left to prove. You had nothing left to prove 10 years ago. Maybe one day your earnings amount may be passed because of the larger purses offered nowadays but I don't think anyone will every pass the numbers of times you have won so many of this sports great races . The numbers are simply amazing.

Terrific comment Norman. John is a true Canadian sports hero and would be the perfect ambassador for harness racing. He is charming, well spoken and has knowledge of the sport which is second to none. If anyone could show the good and honest side of racing it would be him. All those responsible for publicity in this sport should try to find a way to have John front and centre for the general public as a way to encourage new bettors and fans.

John Campbell has nothing

John Campbell has nothing more to prove, he has done it all and with class. He still can be a major influence on our sport if he retires from driving. We need ambassadors for the sport especially for the younger set. John Campbell has charisma, he is eloquent and he is untainted by the many negatives in this sport. We need a vice regal presence like the Governor General of Canada that stands for everything good in our sport. My vote goes for John Campbell.

Perhaps the remainder of

Perhaps the remainder of your career is spent driving trotters John?

I agree with Allan. But

I agree with Allan.
But perhaps John if you do lean towards retirement you could maybe drive in one more race.
This year is the biannual legends day @ Clinton Raceway that John has been a faithful participant for years and this would be the perfect day for him to officially call it a career if that's what he chooses.John certainly doesn't owe the industry anything as he has given and given over his career, but it would be the perfect opportunity for the industry and fans alike to show our appreciation of him one final time, at a place near his home where it all began.Albeit the time line would be tight, but if healthy enough?
Just a thought.

Trevor Cahill Would hate to

Trevor Cahill Would hate to see him go... but honestly there would be no shame in hanging up the silks after the career he has had. John Campbell clearly has nothing left to prove to himself or the harness racing industry, his untouchable stats speak for themselves. A true Ambassador of the sport. Get well soon!

Do what's best for John.

Do what's best for John. PLEASE don't drive till it affects you as a human being. What ever else you choose to do, trust me, you will be a success at that also. You could come to Canada and help me with my horses, I am not doing a very good job!!!! "All the Best Always"