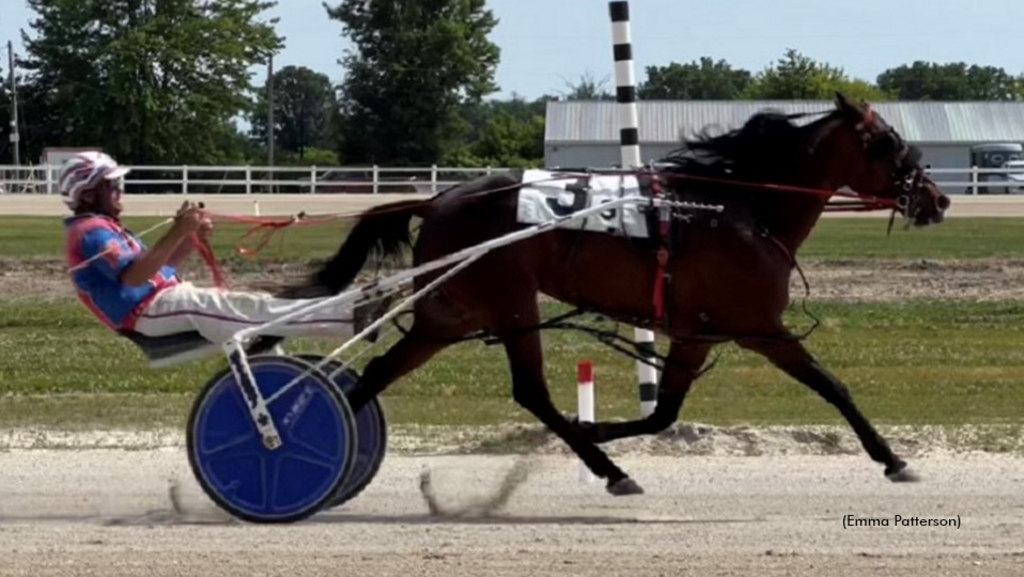 Read The Proposal (Scott Wray) was three-high into the first turn and drove on to battle insider Kenny Joe (Don Rankin) for the early lead through a :27.4 quarter. He assumed control and proceeded to the half in :57.4 with 7-5 favourite The Loan Ranger (Garrett Rooney), who was parked from the start, progressing to gain the slight advantage on the outside as they passed three-quarters in 1:28.1. However, Moore sent the trailing lone mare in the eight-horse field three-wide down the backstretch and cleared the top pair in the final turn before pulling away down the lane to beat the boys by more than six lengths in 1:57.1. The Loan Ranger held on for second over late-closers Dashiki (Nick Steward) and Life Is Better (Robert Doyle).

A four-year-old daughter of Rambaran out of the Camluck mare Twin B Daytona, Lifelong Dream earned her second win of the season from seven starts and now has 13 career victories with more than $130,000 in purse earnings.

Dresden Raceway celebrated Father's Day with tons of giveaways and prizes as well as a fundraiser for Hope Haven, a local men's shelter in Chatham, Ont.