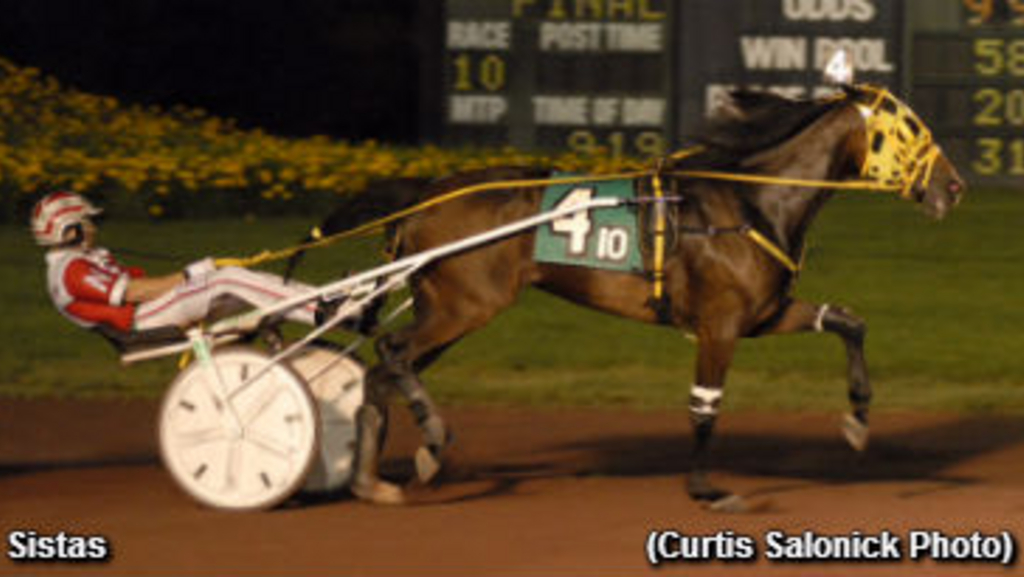 The intersection of those two statements is Kirsi Hanover, who won her Stallion start at The Meadows despite broken equipment; here she made an early move to command and went on to take a new mark in 1:54.1. Jimmy Takter trains and drove the winner for owners Marvin Katz and Al Libfeld.

Sistas rallied in the Pocono Pike to overhaul another first round winner, Speak To Me, posting the second-fastest clocking and also getting a new mark by tripping the timer in 1:54.2. The powerful local pairing of driver George Napolitano, Jr. and trainer Chris Oakes backed the winner for owners Albert and Michelle Crawford.

The other repeat Stallion Series winner was Manhattan Miss, who rallied from second-over for driver Simon Allard in a 1:55.3 triumph. Trainer Marty Wollam also owns the winning daughter of Broadway Hall with Acadia Farms Inc.

Also victorious was the Cantab Hall miss Wouldnt Itbesweet, who made the most of a sweet pocket trip to win in 1:55.2 for driver Andrew McCarthy, trainer Jenny Melander and the Harbor Racing Stable LLC.