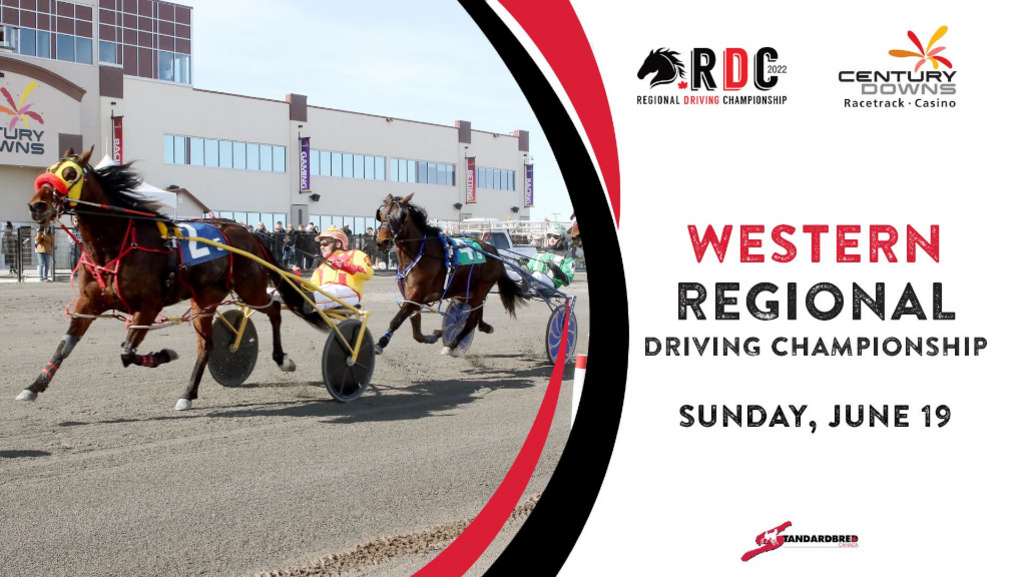 The draw for the 2022 Western Regional Driving Championship, which will take place this Sunday (June 19) at Century Downs Racetrack and Casino, is now complete.

First race post time for Saturday's card of harness racing is 2:15 p.m. local time or 4:15 p.m. Eastern Time. The following drivers will be participating in the Western Regional Driving Championship:

Due to the number of horses entered to race Sunday, there will be seven competition races instead of eight — four with an eight-horse field and three with a seven-horse field where one driver will sit out. Five (5) points shall be awarded to the driver sitting out.

“To sum it up, we're short of horses. Recent bad weather along with a sickness that a big chunk of the horse population is just getting over has made it difficult,” said Josh Murphy, Race Secretary at Century Downs. “Despite it being a different version than originally planned, we are very excited about hosting the Western Regionals and are looking forward to a great day of racing on Sunday.”

The WRDC races will take place in Races 2 to 8. To view Sunday's entries, click on one of the following links:
Century Downs - Saturday Entries || Program Pages (courtesy TrackIT).

Drivers will receive points based on their finishing position and the top two drivers will join six other drivers at the 2022 National Driving Championship (NDC) at Century Mile Racetrack & Casino on Thursday, November 24.

The winner of the 2022 NDC will have the opportunity to represent Canada in the 2023 World Driving Championship (WDC) in Italy.