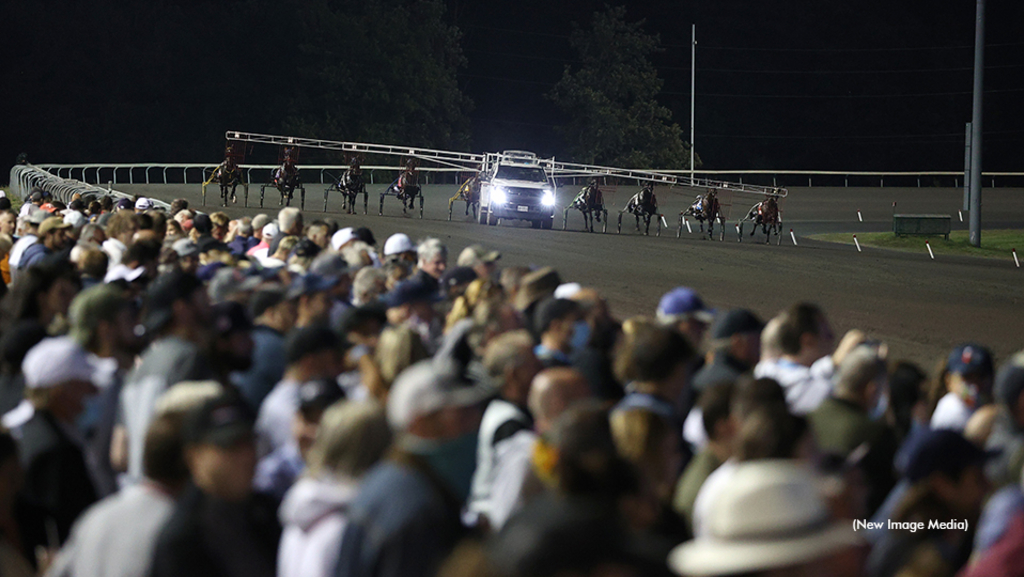 The first million-dollar race of the harness racing season has its field drawn as well as the numerous undercard stakes set to go on an electric night at Woodbine Mohawk Park this Saturday (June 18).

Saturday's sequence of back-to-back stakes kicks off with the $251,000 Goodtimes Trot, itself a potential stepping stone to the million-dollar Hambletonian. The field includes last season's late-blooming Tony Alagna pupil Fast As The Wind, who scored easily in his elimination to post a 1:53.2 victory, as well as the Ontario Super Final champ from last season Twin B Archie, himself a 1:53.1 winner in the elimination. Fast As The Wind scores from Post 4 with Dexter Dunn in the sulky just to the inside of Twin B Archie, who is slated to have James MacDonald at the reins for trainer and co-owner Scott McEneny.

A stacked field aligns alongside the elim winners in the Goodtimes. O'Brien Award winner Duly Resolved, runner-up in the 2021 Mohawk Million, competes from Post 2 just to the inside of Bluegrass Stake winner Gigondas. New Jersey Sire Stakes winner Pretender landed a spot at Post 7 and to the inside of International Stallion Stake winner World At War Deo (Post 9) and George Ducharme's upstart prospect Testing Testing (Post 10).

Brett Pelling pupil Treacherous Dragon will square against the Nick Gallucci duo of Prohibition Legal and Silver Label in the $401,000 Fan Hanover Final. Treacherous Dragon selected Post 3 off a 1:50.2 victory in her elimination while Silver Label chose Post 4 off her 1:50.4 late-pace victory. Driver James MacDonald stuck with Prohibition Legal, who will start from Post 2 off her second-place finish to Treacherous Dragon in the elimination, allowing Yannick Gingras to pick up the live catch drive on Silver Label. Competition beyond the big three includes Ohio Sires Stakes star Sea Silk (Post 6) and Queen Of Success (Post 9), who was the only horse last season to beat U.S. Two-Year-Old Pacing Filly of the Year Niki Hill.

Last year's star sophomore trotting filly Bella Bellini will try to etch herself as one of the continent's top trotting mares when she heads postward in the $211,000 Armbro Flight Final. Dexter Dunn pilots the Richard "Nifty" Norman trainee from Post 3 off a 1:51.2 win at The Meadowlands on June 4 against an all-star field consisting of millionaire When Dovescry (Post 1), 2020 Breeders Crown winner Next Level Stuff (Post 2), world champion and triple millionaire Atlanta (Post 7), world champion and Ohio star Herculisa (Post 9) and 2020 O'Brien Award winner Hey Livvy (Post 10).

U.S. Horse of the Year Test Of Faith matches against reigning Older Pacing Mare of the Year Lyons Sentinel in the $315,000 Roses Are Red. David Miller will pilot Test Of Faith for trainer Brett Pelling from Post 2 off a 1:49.4 win in the elimination. Lyons Sentinel scores right alongside from Post 3 following a 1:50.1 come-from-behind win. Tim Tetrick will drive the now five-year-old mare for trainer Jim King Jr.

Earlier in the card, some of the continent's top aged competitors will face off with the trotters going in a $45,500 Free For All event and the pacers in the $100,000 Mohawk Gold Cup.

The Free For All trot features a pair of Ontario stars looking to continue towards their best strides in Ontario Super Final winner Pemberton (Post 3) and 2019 Hambletonian champ and Horse of the Year  Forbidden Trade (Post 6). The field also features current Preferred Trot dynamo Oney Hall, who will race out of Post 4.