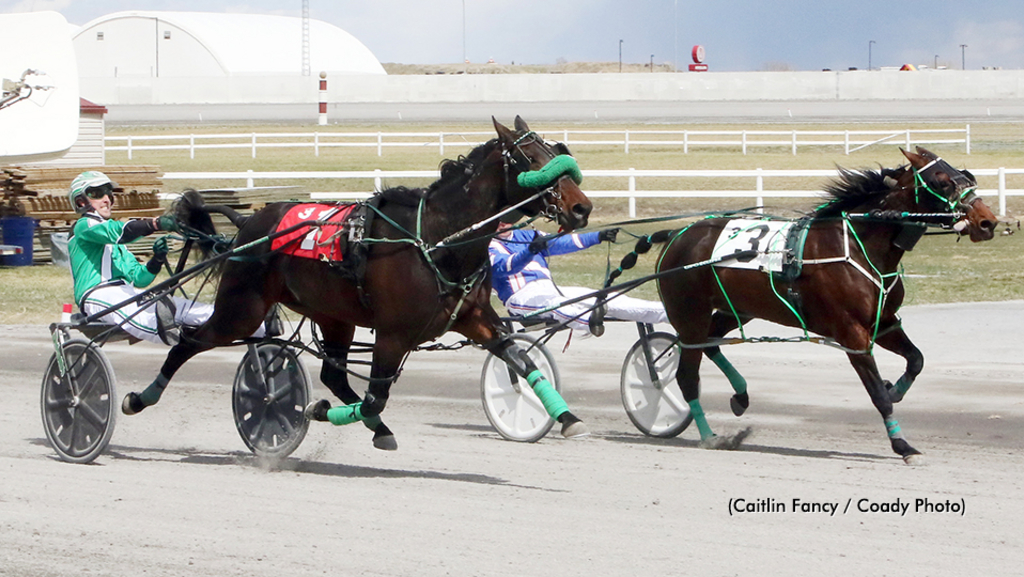 Trainer-driver Dave Kelly popped pocket to land a 9-1 upset with Past Affair in the $10,500 featured pace at Century Downs on Saturday (May 7).

Past Affair pushed from the pylons to secure second while Stash The Cookies kicked off the wings to a three-length lead to a :27.4 first quarter. She cruised uncontested to a :56.3 half and to three-quarters in 1:25.2 while Past Affair readied for the drive from the pocket. Off the turn, Kelly angled Past Affair off the pegs and after Stash The Cookies and surged to the lead late to score by a neck in 1:54.4. If Only Id Known finished third and Miss Itunes took fourth.

A five-year-old mare by Vertical Horizon, Past Affair won her fourth race from 13 starts this season and her 10th from 40 overall. Kelly co-owns the winner of $89,553 with Mike Dicks and she paid $20.90 to win.

Earlier on the card, Mr Dillion ($2.70) scored his fifth consecutive victory when rolling to a 1:55.3 win in a $6,800 conditioned pace. Driver Phil Giesbrecht circled the four-year-old Lambretta stallion to the lead after a :27.3 first quarter and continued on the point to hold the lead by a neck at the beam. Greg Manning owns and trains the winner of nine races from 23 starts and $27,245.