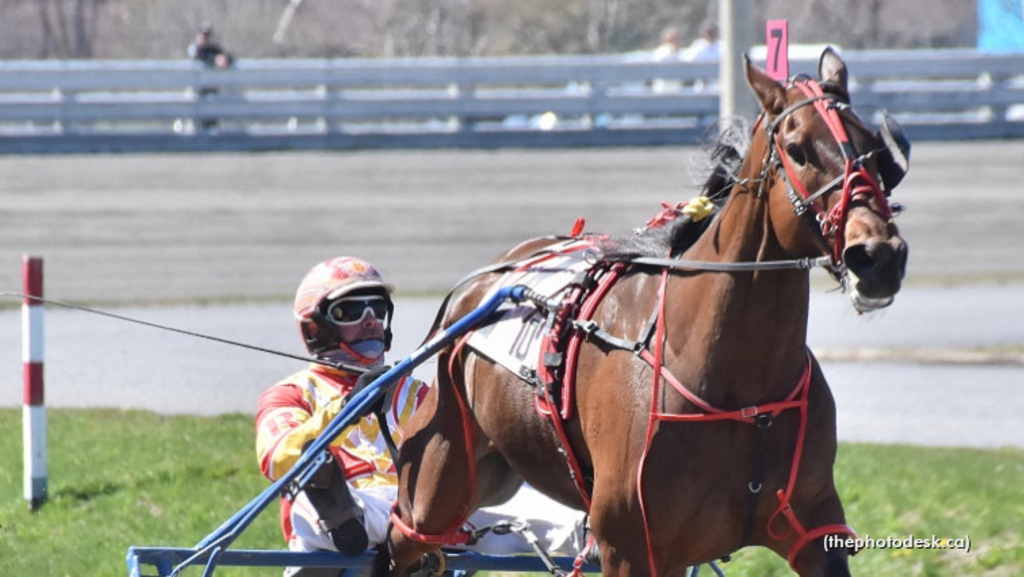 It is always a little surprising to find in a harness racing stable a man with the professional career of Jean-François Reid. However, if one morning you venture to the side of the Malo Stable in St-Liguori, you will find a man who, until recently, was Vice-President of Human Resources at Quebecor, a Canadian diversified media and telecommunications company, with a university background as an actuary.

He has even been the current trainer of a good half dozen horses for a few months, three of these horses will perform Sunday at Hippodrome 3R.

"My training and my jobs have led me more often than not to be an office guy," says Reid. When I quit my job in Quebecor late this fall, I began to dream of another life, that of living with horses full-time. And that's what I've been doing for a few months now, with the greatest happiness. I'm not saying I'll do this for the rest of my life, but for now, I like it and it allows me to make a break in my professional life.

"Racehorses are an old passion,” explained Reid. “I grew up in Saguenay in an environment that made room for racehorses, because it was my father's hobby. The races in Jonquière, I knew that a little. And I continued to be interested in it with the Kenogami horses I raised. A few months ago, I started buying horses; at least a dozen have passed through my hands and I still have five that are my property, the latest being Menlo Park.

"I don't claim to have the expertise of seasoned coaches like the people I work with in St-Liguori,” Reid explained. “I have a Stéphane Brosseau or a Linda Bélanger, or even Jessica Turenne, all people who kindly give me a hand and valuable advice. I am not an expert in the training and maintenance of a racehorse; therefore, I am very grateful for their support.

"The horses I bought are in a price range between $15,000 and $25,000,” Reid added. “I think they will be able to make a living racing at 3R or Rideau Carleton, depending on their progress and ability. It is important to me that they can run in Trois-Rivières.

“I try as much as possible when I buy them to see if they can be comfortable on a half-mile track," continued Reid. "How lucky am I to learn this job, to spend several hours a day outside jogging or working on them? It's such a different life than the one I've known so far, and I like it.”

On Sunday, Jean-François Reid will have three horses going before the starter at 3R. From the first race, it will be Spectrum Seelster, a pacer he trains for the Gaudreault brothers of Mont-Joli.

It is they, Reid will say, who are really responsible for the purchase of this horse from Joe Pereira. He was dazzling on his first start at Hippodrome 3R, crushing the opposition in a mile in 1:56. with Stéphane Brosseau in the sulky. He will be difficult to defeat if he repeats this performance.

In the fifth race, race fans will meet a filly named Maddigal, a Betterthancheddar that Reid bought. According to him, there is still work to be done with her.

Finally, in the main event, Reid will present his most recent purchase, Menlo Park, a horse that arrives from Miami Valley Raceway but has a local past, so to speak: Menlo Park was a $30,000 Lexington yearling purchase of Quebec's Roland Trudel. The pacer had a career mostly in Toronto before being sold to U.S. interests last August before being purchased by Reid and co-owner Maurice Houle. Now five, Menlo Park has earned more than $110,000 in his career and took a record of 1:51.4 at Mohawk. He's the favorite in the eighth race feature.