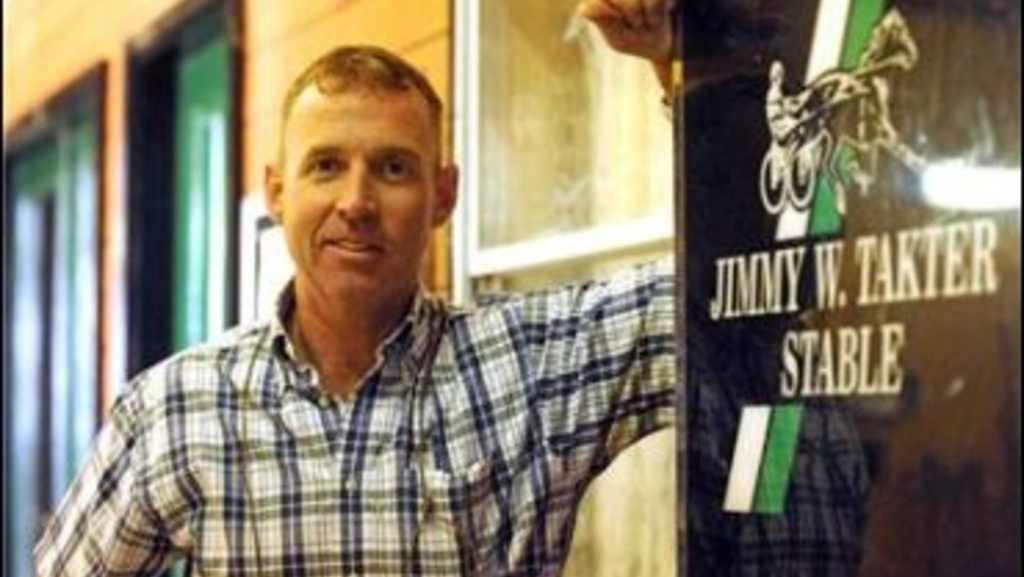 There were four divisions of Pennsylvania Sire Stakes action for three-year-old colt and gelding trotters Thursday at Harrah's Philadelphia, and Jimmy Takter trainees were unstoppable with one matching a world record in his first start of the year.

Solveig Racing Partner's Uncle Lasse checked in as the heavy favourite in division one. The son of Donato Hanover is coming off of a solid freshman campaign, banking $350,000 in 2014, including a tough loss to Pinkman in the Valley Victory at Woodbine.

He showed solid early speed at the start, but had company in the form of Suit And Tie (Mike Simons) who took the lead by the quarter in :27.4. That lead was short lived, however, as Uncle Lasse quickly went back on the offensive, re-taking the lead by the half in :57. After putting away a first-over challenge from Shoot The Thrill (Tony Hall), Uncle Lasse began to pull away at three-quarters 1:25.1. He went on to win easily from that point, stopping the clock in a lifetime's best 1:53. Bob Key's Cue Hall (Dave Miller) rallied up for second, while Explosiveday (Tim Tetrick) rallied for third.

It was the fifth career win for Uncle Lasse out of fourteen starts. He is trained by Jimmy Takter, and was driven by Brett Miller.

The second division went to another Jimmy Takter trainee, Whom Shall I Fear (Yannick Gingras). The son of Cantab Hall was one of three horses coming into the race undefeated in 2015.

At the start, it was Real DJ Hanover (Ake Svanstedt) taking command. The favourite however quickly brushed to the front after the quarter (:28.2). They remained that way throughout the middle half, which went in :57.2. Consus Racing Stable's Pierre (Scott Zeron) mustered a lukewarm first-over bid, but began to stall rounding the final turn. In the stretch, it was down to Whom Shall I Fear and Real DJ Hanover, with the former winning the stretch duel. The final time was 1:54.1. Piercewave Hanover (Corey Callahan) finished a distant third.

Trainer Jimmy Takter remained hot in the third division as The Bank came from off the tempo to win. The son of Donato Hanover finished second in a Breeders Crown elimination last season, and was coming off of two sharp qualifiers in preparation for Pennsylvania Sire Stakes action.

The Bank was taken off the trot at the start, as Sixteen Encores (Dave Miller) and Divisionist (Charlie Norris) left for the lead from the outside. Sixteen Encores made a break at the quarter, and that left Divisionist with a sizable lead. After the half, Boots N Chains emerged first over to challenge, with the eventual winner latched on to that cover. They fanned across the track at the top of the stretch, with The Bank kicking clear to win by a length, stopping the timer in 1:56. Wicker Hanover (Andrew McCarthy) finished second, while Boots N Chains finished third.

The Bank is owned by Christina Takter and Goran Falk, and was driven by Jimmy Takter.

The fourth division featured the heavily favoured Pinkman. The Breeders Crown Champion of a year ago is coming off of two sharp qualifiers at the Meadowlands in preparation for his three-year-old campaign.

He went right to the lead at the start. After hitting the quarter in :28.1, Pinkman went into beast mode. He posted a :56.1 middle half, a back half in :55.3, and an impressive clocking of 1:52.2, a track record for three-year-old gelding trotters. Bobs Hope (Corey Callahan) finished second, while Soboro Hanover (Brett Miller) finished third.

The 1:52.2 performance also earned Pinkman a share of the world record for three-year-old trotting geldings on a five-eighths oval. Spider Blue Chip first established the record with his 1:52.2 score in the $500,000 Colonial at Pocono Downs in 2013.

Pinkman is owned by Takter, the Fieldings, Mc Clelland and Liverman, and was driven by Yannick Gingras.