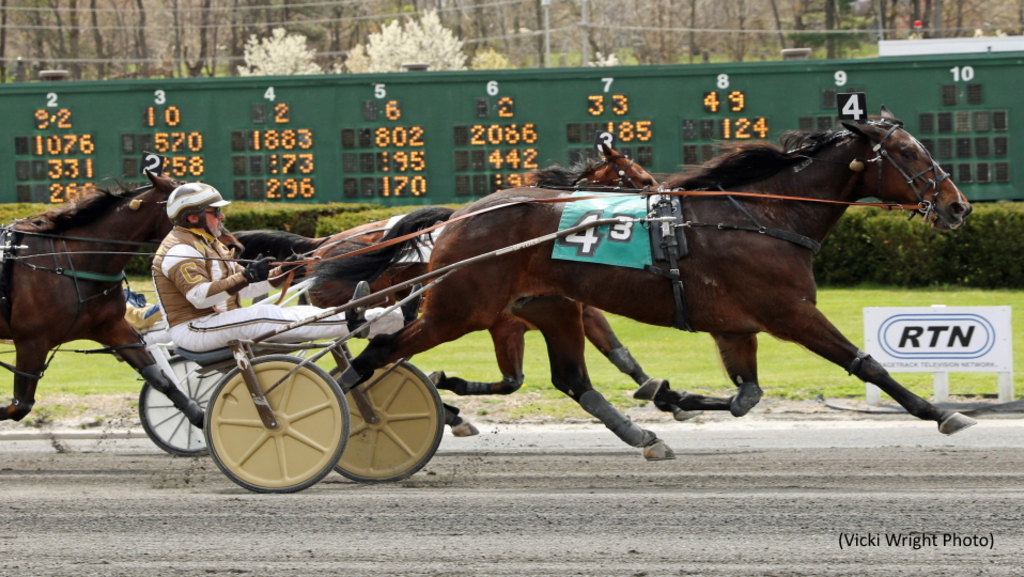 John Calabrese sat back in fourth position until after the half, moved Dark Pool off the pylons and then rallied the veteran trotter to a 1:59.3 triumph in the $9,000 American Harness Drivers Club trot on Saturday at Freehold Raceway.

Sent off as second choice in the eight-horse field, Dark Pool paid $6.60 for the win. When the starter turned the field loose Tony Beltrami sent Latoka to the front and they had two lengths on My Big Kadillac (Mike Polansky) when they passed the first stanza in :29. The two then raced one-two past the half in :59.1 and by the three quarters in 1:29.

But as they were approaching that marker Calabrese had Dark Pool in high gear and they rushed up to join the leaders. However, when they headed for paydirt Dark Pool was the strong horse and he overtook his competitors and rallied to a solid one length triumph. My Big Kadillac finished second while Latoka faded and finished third.