One Eight Hundred Sizzles At Pocono 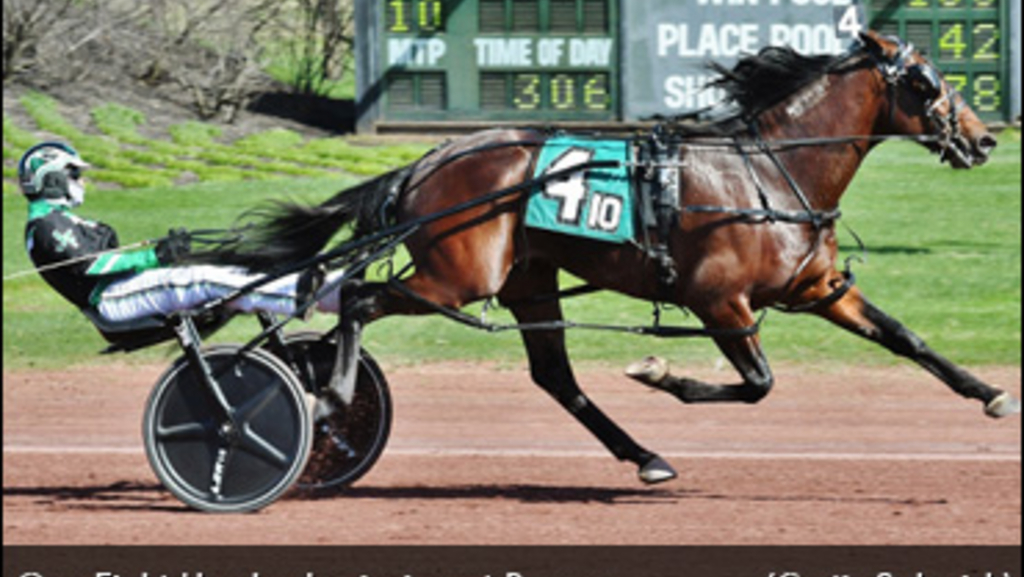 One Eight Hundred, the three-year-old colt by the immortal Somebeachsomewhere out of world champion Economy Terror, got his name because he cost $800,000 as a yearling, and Saturday afternoon at The Downs at Mohegan Sun Pocono he looked worth every dollar of it, winning his seasonal debut in 1:50.2 with a startling last quarter of :26.1.

Josert Fonseca left right out to the lead with One Eight Hundred and posted fractions of :28.2, :56.2, and 1:24.1. The sophomore then downshifted on the far turn, the stride becoming both longer and more rapid, and he buzzed the huge final quarter to make himself the fastest three-year-old in North America in 2021.

Nancy Takter trains the talented youngster and co-owns him with Brixton Medical Inc. Unraced since October 3 and finishing out his mile effortlessly, One Eight Hundred is a major force for whom to watch out.

The win came in one of five $17,500 first round prelims of the Bobby Weiss Series for male pacers; there is a Weiss series for both gaits and sexes of three-year-olds. Among the winners in this division Saturday were two other sons of Somebeachsomewhere who took new marks for driver Dexter Dunn and trainer Chris Ryder: the gelding Coalition Hanover in 1:52.2 and the colt Mad Man Hill, breaking his maiden in his first start of the year in 1:52.4.

Other Weiss winners from this set included the Betting Line gelding Tarkio, putting up a new best of 1:53.1 for driver Jason Bartlett and trainer Wayne Givens, and the Sweet Lou colt Straight Talk, who rerallied to break his maiden in 1:54.1 for driver Matt Kakaley and trainer Ron Burke.

The Weiss colt trotters will have their remaining two prelims and final on Sundays, but their first round was added to the Saturday racing in case some did not want to participate on Easter Sunday. In their three $17,500 events, the Bar Hopping ridgling Top Me Off, who last week equaled the fastest three-year-old trotting mile anywhere in North America with a 1:54.2 triumph, again was victorious, but needed late courage to withstand Killer Instinct – thus replicating the finish of the 2020 Pennsylvania Fair Sire Stakes Championship – in 1:54.4. Trainer/driver Todd Schadel is co-owner of the fast sophomore with wife Christine and Rick and Regina Beinhauer.

The Winning Mister gelding Tricky Dick took another of the trot divisions in 1:56 for driver Anthony Napolitano and owner / trainer Jim McGettigan (a/k/a 'The Voice of the Eastern PA County Fairs'). Napolitano also guided the only Weiss horse to pay more than 2-1 when he swept to the lead on the far turn with the Muscles Yankee gelding Hoolie N Hector and went on to take a new mark of 1:57 for trainer Andrew Adamczyk while returning a $41.80 win mutuel.

Pocono will race a Weiss-less card Sunday at 5:00 p.m.; the Weiss fillies then take their turn in the spotlight, the pacers Monday and the trotters on the first Tuesday program of the year. Both of those cards start at 12:30 p.m. Program pages will be available at the PHHA website.