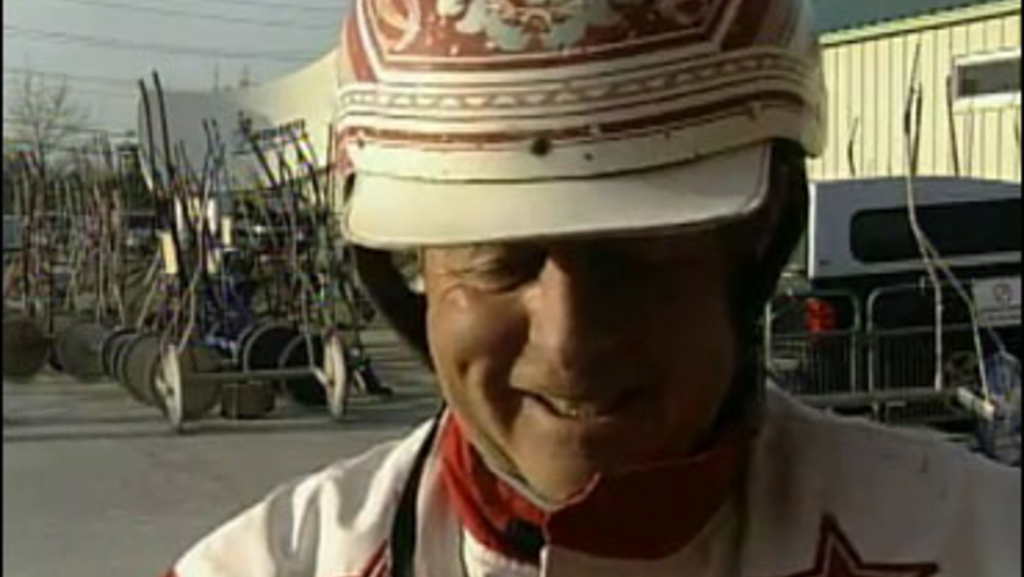 Legendary horseman Dave Wall will cherish the honour of being inducted into the Canadian Horse Racing Hall of Fame this summer after a career that has seen him visit the winner's circle 7,120 times as a driver for earnings in excess of $59.6 million. Two outstanding horses that he sat behind were pacing filly Odies Fame, a winner of $1.4 million, and Hall of Fame trotter Goodtimes, a winner of more than $2.2 million. Wall is also involved on the training side and has won 518 races and over $2.4 million with his own starters.

"It's such a reward that I can't explain it because it's something I've done all my life," added the 65-year-old resident of Komoka, Ontario in a CTV News London video feature on his induction. "It's just rewarding for that."

"I think it's because of his ability as a horseman for one thing and he's a good driver and a good guy," commented trainer and driver Ross Battin.

"He's my neighbour," noted trainer and breeder David Lemon. "He lives next door and he's been the best neighbour you could ever have so we're really tickled for him. We call him the energizer bunny -- all his life he never stops, he's just going, going 24 hours a day."

The horseman known for years as "Mr. OSS" thanks to his success in the Ontario Sires Stakes program will now be dubbed "Hall of Famer" along with fellow standardbred inductees Charles Juravinski, Astreos, Kadabra, and Mystic Mistress at the induction ceremony on Thursday, August 16.

All of Bruce County is so

All of Bruce County is so proud of you Davee! You've driven a lotta miles from Civic Holidays at Connaught Park to get to the Hall Of Fame and I can't think of anyone more deserving than you to be given this honour in our great Sport. God bless and Thank You for all the wonderfull memories Kennedy Racing Stable, Todd, Karen an Britt

In reply to Congrats Dave; Long over do by Paul Maguire

Congratulation on this honor

Congratulation on this honor Dave it is well deserved . And i think this should have been a double induction into the HALL OF Fame. There is only one person that has worked as hard as you to make Walltyme Stable the success that it is and that is your wife Cheryl . The 2 of you are perfect examples that show that hard work and honest living will make for a great life.

Congrats Dave; Long over do

Congrats Dave; Long over do to one of the hardest working, gentleman in the Industry.
Paul Maguire

Well deserved for a total class guy. It never mattered how bad or how good a horse raced that Dave drove, he would always get off the bike and say good things even if the trainer thought horse was awful. I will always remember the good ole days of Greenwood where Wally would park in the backstretch by the betting booth , where the patrons could talk to him and he always had smile on his face, and where if he won a race he would run and get the pail and blankets for the groom when leaving the winners circle, truly acknowledging the hard work the groom had done that week. Total class guy!

Hey Dave this is great I can

Hey Dave this is great I can remember you driving at Hanover raceway in the 70s and you were real young and i have raced against and you were always a gentleman on the track it is good to see you win this honor you deserve it. Shooter Graham

Congratulations Dave. You are most deserving of this honor. Your contribution to this sport has always been recognized, but now its chiseled in stone!
Drive On!
Doug McIntosh

Congrats Dave, I have seen

I have seen you and met you a few times and you are a class act and it is funny in life how good things do happen to good people. All the best and I love your golf tournament.

This honour could not go to

This honour could not go to a better human being. I have never heard a bad word about him in the 45 years,or so, that I have known about him. Enjoy it Mr. OSS, you certainly deserve now bring Mr. Hall of Fame also. your friend, Al Casselman