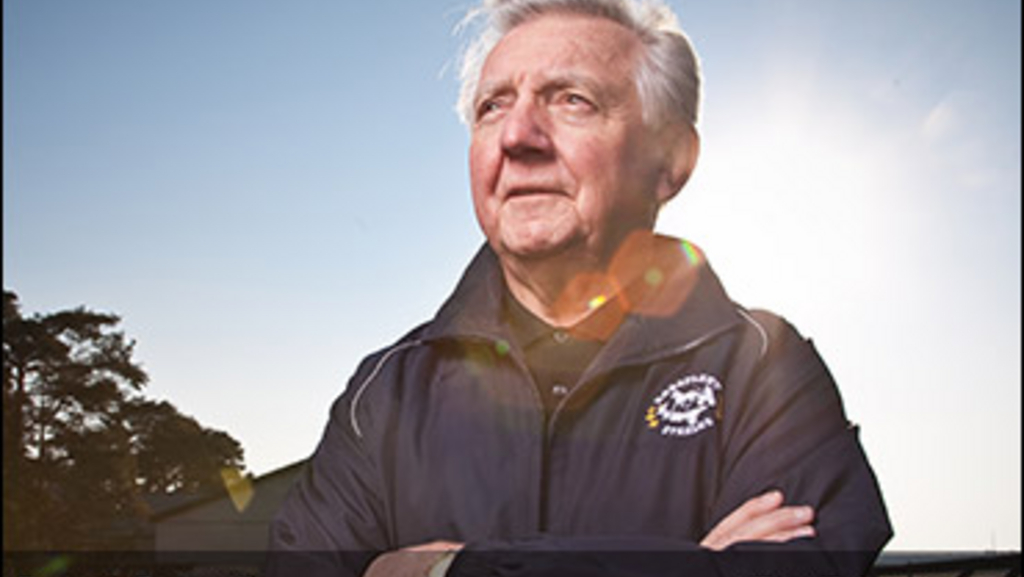 On Sunday, the University of Prince Edward Island installed its eighth Chancellor, Dr. Don McDougall, a man not only instrumental for bringing major league baseball to Canada but also someone with deep ties to harness racing.

As Chancellor, McDougall will become the University’s voluntary titular head who is responsible for conferring all certificates, diplomas, and degrees, and is also a member of the Board of Governors, and acts as an important liaison between the University and the Prince Edward Island community. 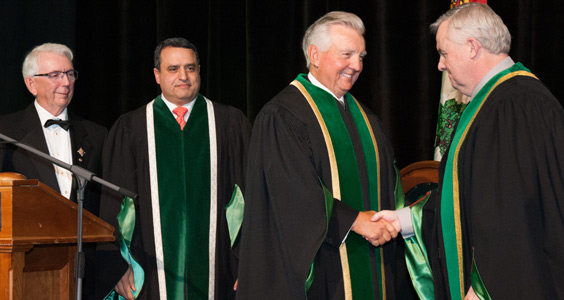 After being invested by the Lieutenant Governor and given his robes of office by President Abd-El-Aziz and outgoing Chancellor Bill Andrew, Chancellor McDougall gave his inaugural address to the members of the UPEI community, family, and friends.

“I am deeply honoured and proud to be given the opportunity to serve you as Chancellor of the University of Prince Edward Island. It’s times like these that we are motivated to look back at all the good fortune with which we have been blessed, and which has led to this occasion,” said McDougall. “What excites me about this honour is the opportunity it presents for me, to experience up close, what this great institution is doing to develop our grandchildren’s generation.”

“Today, we installed a new chancellor who is experienced at being a champion for big and bold ideas,” said UPEI President Abd-El-Aziz. “I am so pleased that Chancellor McDougall will be able to provide insight and leadership as we continue to design our future at the University of Prince Edward Island.”

McDougall is a well-known business leader, alumnus, donor, and honorary degree recipient (1978) who spent his formative years in Bloomfield, PEI before attending both St. Dunstan’s High School and University. He taught high school in Summerside before moving to London, Ontario to attend the University of Western Ontario where he completed his Master of Business Administration degree in 1961.

He spent the next 12 years in managerial positions with the Labatt Brewing Company, and then served as President from 1973–79. It was during this time that McDougall was inducted into the Canadian Baseball Hall of Fame for his tireless efforts in bringing a major league baseball franchise—the Toronto Blue Jays—to Toronto.

He acquired Stratford, Ontario-based Novatronics Inc. in 1983, and over the next 20 years, expanded his aerospace company globally before selling to Curtis-Wright Inc. in 2003. He continued to be involved in a number of private and public companies and organizations including Rambri Management, Burlington’s Investments, eJust Systems, Systemhouse Inc., St. Raymond Paper Company, The Science and Technology Fund, and Slemon Park Corporation.

The McDougalls are no strangers to UPEI. Dr. McDougall is a graduate of St. Dunstan’s University (SDU) while Mrs. McDougall is both a PWC and SDU alumna. In addition to having attended the University, the McDougalls have been great benefactors to UPEI, with the innovative Don and Marion McDougall Hall having been named in their honour in 2008. McDougall Hall is home to the Centre for Life-long Learning, School of Business, and Co-operative Education programs.

McDougall grew up in a family connected to harness racing and recently rekindled his love of the sport. His story was featured in the December 2011 issue of Trot Magazine.