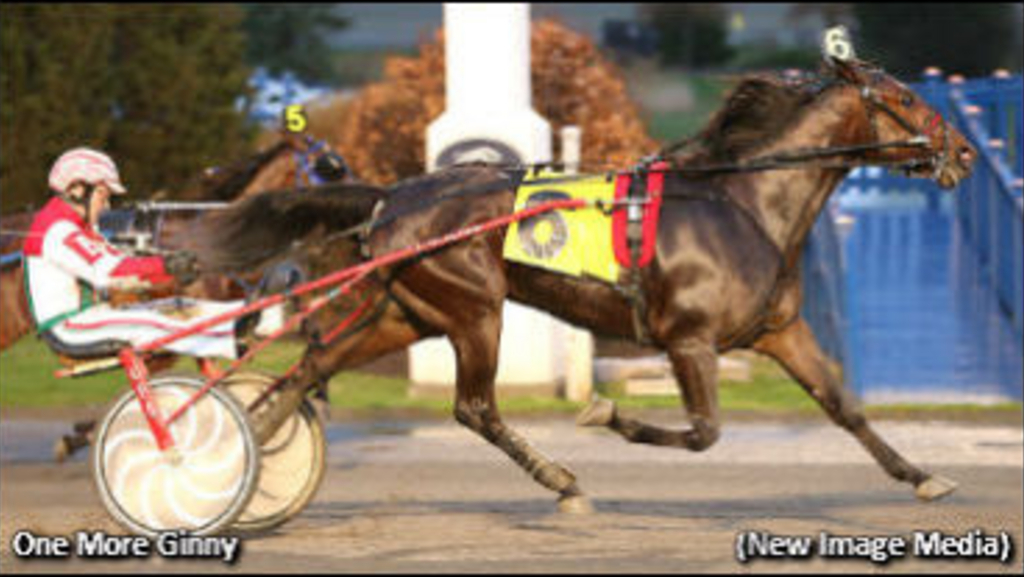 This year’s Lifetime Dream Series title is anyone’s to win after a new set of divisional winners visited victory lane in Thursday’s second leg. Kendra Hanover and Intense America had no problem winning their opening leg assignments, but that wasn’t the case in leg two.

Woodbine track record holder One More Ginny returned from a lengthy layoff for Team Baillargeon in the first division, and she was a rallying winner in 1:56.4 over race favourite, Kendra Hanover.

Sent off as the 3-2 second choice in the wagering, One More Ginny won for the sixth time in her career while pushing her lifetime earnings to $172,558. Ben Baillargeon trains the four-year-old daughter of Angus Hall-Oaklea Ginny for Kor Stable Limited of Guelph, ON.

After settling for a second-place finish in the opening leg of the series, Sheer Glide took the bull by the horns in her second-leg assignment and won in front-stepping fashion for trainer/driver Rick Zeron. The five-year-old daughter of Yankee Glide-Alix Hall got away second while longshot Stormont Fried charged to the lead and supplied the field with a first quarter of :27.1. Zeron popped out of the pocket in the backstretch and cleared to the lead without a tussle before throwing down middle panels of :57 and 1:26.2 with Sheer Glide. She then used a :28.3 final frame to seal the deal by one length over race favourite Intense America in 1:54.4. Third prize was earned by Daylon Miracle.

Coyote Wynd Farms of Vancouver, BC owns Sheer Glide, who improved this year’s record to 2-3-1 from 12 starts with the victory. The nine-time winner has banked $170.338 to date.

The $43,000 final of the Lifetime Dream Series is scheduled for Saturday, April 27.