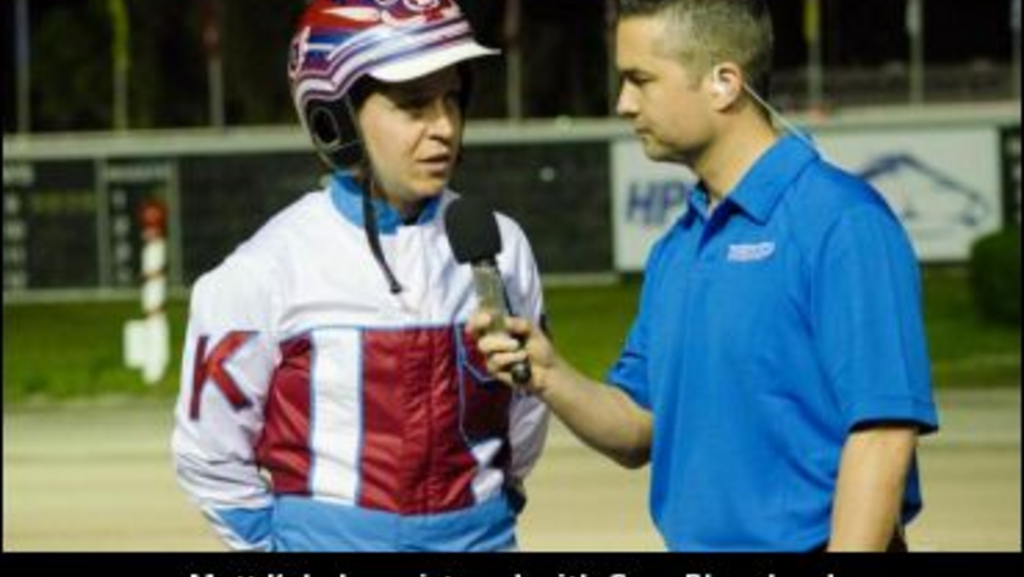 Matt Kakaley was 16 when Rickards Ed arrived in the stable run by his parents, Linda and John, at Pompano Park. Matt was just starting to work in the barn more frequently and quickly formed a bond with the the-seven-year-old pacer.

Looking back, it was a time and relationship that helped propel Matt into his career in harness racing. In fact, such was his connection with Rickards Ed that four years later he and his mom bought the horse and still own the 22-year-old gelding in his retirement.

“That horse was special to me,” Matt said. “He came in the barn and he was the best horse my parents had. He was an open pacer at the time. I started working with him all the time and that was the turning point for me. He was just a great horse around the barn, great to work with. He was fun.

“When I was a kid, that horse helped me make the decision, I’d say. That’s when I felt like this is what I wanted to do.”

Rickards Ed won 14 races at Pompano Park that season, all with John in the sulky. The following year, Matt drove the horse to two of his seven victories.

“He was just a really tough, tough horse on the racetrack,” Matt said. “He was a Camluck (-sired horse) and he had that toughness to him.”

A third-generation horseman, Matt follows in the footsteps of his grandfather, Joe, who owned horses and spurred the family’s interest in harness racing, and his parents. He lived in Michigan until he was 12 and spent his teen years around Pompano Park.

Matt has won 4,743 races in his career and was the youngest driver, at the time, to reach the 1,000 and 2,000-victory levels. But early on, Matt wasn’t focused on becoming a driver. In fact, he only got his qualifying license because a friend was doing it.

“It was weird, it wasn’t something I was really pushing to do, to be a driver,” Matt said. “Not at that age, anyway. But once I started qualifying horses, it was something I wanted to do.”

Matt mostly worked with his parents, but remembers getting to do interval training for Tom Audley, who was stabled next to his family’s barn.

“When I was a kid, Tom would have me go in the bike and I would be out there for a half hour or 40 minutes just going trips,” Matt said. “I thought that was the greatest thing ever, to go speed in the race bike with those horses. And he paid me for it, so it was a win-win.

“When I did get my qualifying license, there were a lot of people down there that helped me out and gave me chances in the qualifiers. Whatever anybody wanted me to do, I would do.”

Working with the horses gave Matt his greatest joy.

“I just really loved being around the horses and taking care of them,” Matt said. “The horses my parents had were older horses that had their issues. I would work on them. I would soak their feet. I would rub their legs, work hard on them. I just took pride in it. I took pride when they would race [well].

“Just working with them every day was a lot of learning. I really cared. I think I got that from my mom. She puts her heart and soul into her horses, too.”

When he was 19, Matt accepted an offer from trainer Mickey Burke to move to Ohio and work for the Burke Stable. Soon, he was driving regularly at Northfield Park, although it did not begin smoothly. Enter another pivotal horse in teenage Matt’s life, this one also with the name Matt — Matt Hershey.

“Going to Northfield, I didn’t know anybody; it was tough,” Matt said. “I never raced on a half-mile track before and the first month or two was a little rough. I did win a few races, but there were a lot of bad mistakes and a lot of nights when I was thinking maybe it wasn’t going to work out. I’m sure Ronnie (Burke) felt the same thing. He stuck with me and I stuck it out. I kept working hard and it got better.

“A couple horses raced big for me. Matt Hershey, he was an open horse at Northfield, went on a really good run (with six wins and two seconds in a nine-race span) and I started picking up some live drives for other people. It just kind of turned the corner. He got good and then I started driving more and I started doing really good. It snowballed.”

In 2010, Matt received the Rising Star Award from the U.S. Harness Writers Association.

Last summer, while in the car on his way to Buffalo Raceway for New York Sire Stakes action, Matt’s thoughts returned to his early days as a driver when in a week he would travel back and forth between Northfield and Buffalo (roughly seven hours round trip) while also hitting Tioga Downs on Sundays.

“When I think back, I don’t know how I did that,” Matt said with a laugh. “Just young, I guess. I was just excited to drive anything, anywhere, so I did it.”

And whenever he thinks back to Rickards Ed, he can thank him for driving him in that direction.