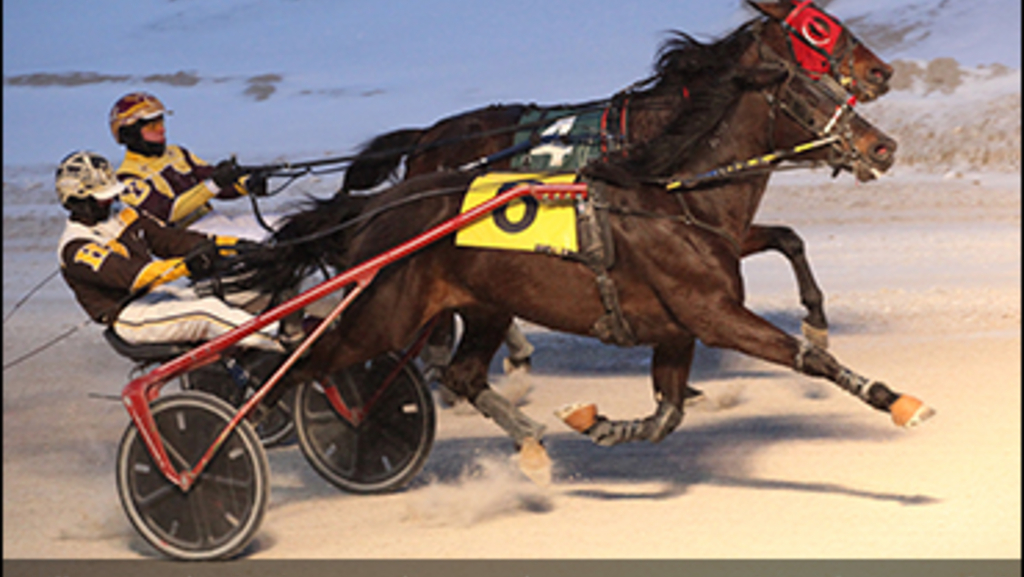 After a powerful pocket score last week, Willyorwonthe ($4.80) made every pole a winning one — albeit narrowly — in Wednesday night's (March 6) $11,500 Preferred 2 Handicap Trot at The Raceway at Western Fair District.

The six-year-old Angus Hall gelding braved frigid temperatures on the point, clearing from his assigned outside post 6 under Ryan Holliday before controlling fractions of :28.4, :59 and 1:28.2 while stalked throughout by Absolut Seelster (Scott Young). Willyorwonthe successfully turned aside an extended first-over try from Mighty Nicky (Alfie Carroll) on the far turn, only to face a late challenge from Absolut Seelster, who knifed through up the pegs after being locked in. In the end, Willyorwonthe held his ground, prevailing by a neck in 1:58.3. Absolut Seelster was 1-3/4 lengths in front of third-place finisher On The Ridge (Garrett Rooney) who rallied from the tail of the field after saving ground.

Bill Megens both owns and trains Willyorwonthe, whose fifth win in eight starts this year lifts his career tally to 27.