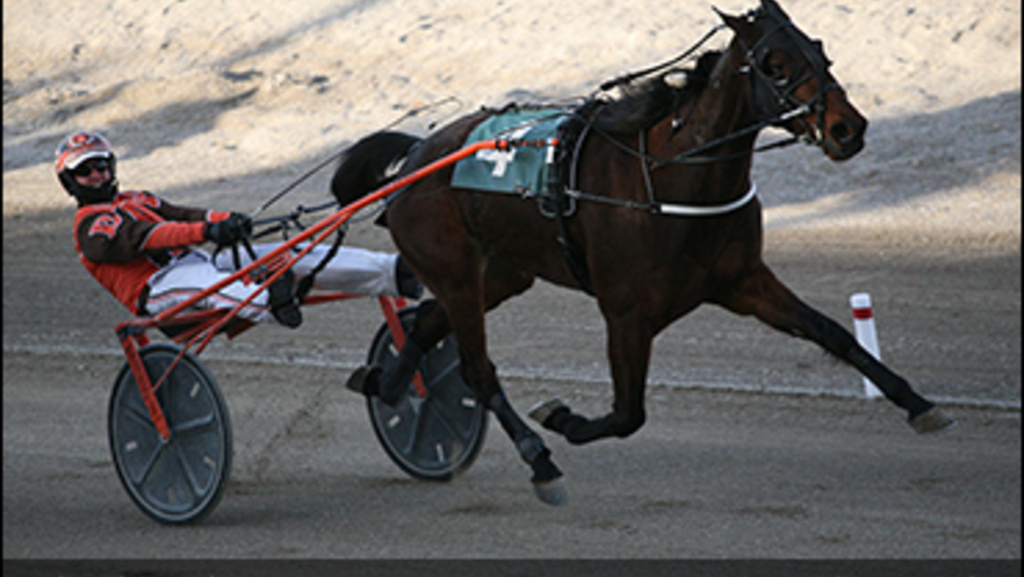 After giving futile chase in two previous outings this month, Stable Twenty Three Inc.'s Nebraska Jack ($14.80) got it done in Wednesday's (March 27) featured Preferred 3 Trot at The Raceway at Western Fair District, parrying a late challenge from 6-5 favourite Scene A Magician and earning his second win of the season in doing so.

Tyler Borth, who earned regular driving duties of the six-year-old Cantab Hall gelding at the beginning of the month, sent him straight to the point from post 4, and the pair out-sprinted Many A Man (Colin Kelly) to control early fractions of :29.1 and 1:00. Nebraska Jack faced mild pressure up the backstretch from the first-over Yoooukilis (Marc St. Louis Jr.), but he easily turned aside that challenger after being nudged along to a :29.1 third sectional.

Cornering for home, Nebraska Jack edged away from his outside adversary and a weakening pocket rival, but public choice Scene A Magician (Greg Dustin) found his best stride after kicking second-over cover at the eighth pole. Nebraska Jack maintained a length of clearance at the winning post to prevail in 1:59.1, while Scene A Magician held second by 2-1/4 more lengths over the late-rallying All Out Henry (Scott Young).

A no contest was declared in the evening's tenth race. Evening Job (Alfie Carroll) made a break going into the first turn, causing interference to Sportsranger (Tyler Borth) and Silversmith, who unseated driver Marc St. Louis Jr. before running loose and falling. The AGCO judges activated the emergency lights and all drivers pulled up after the first quarter. According to the judges, St. Louis walked off the track on his own. Silversmith was attended to by multiple horsemen along with AGCO Track Veterinarian Chris Robson. Silversmith came out of the incident with only minor abrasions and walked off the track under his own merit. Officials with The Raceway have informed Trot Insider that St. Louis did not sustain any serious injuries.