CTV Goes Off To The Races 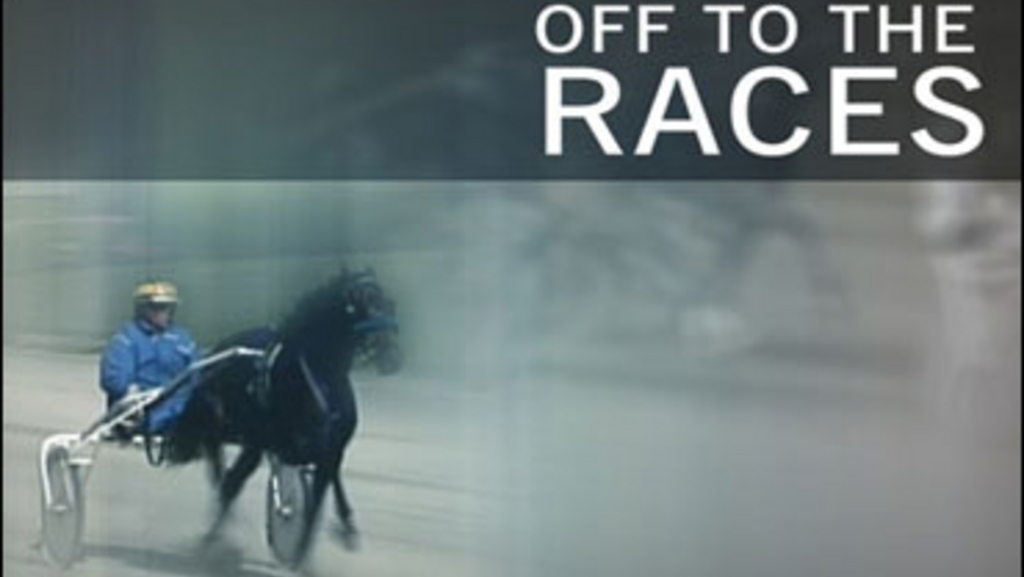 With the end of the Ontario Lottery and Gaming Corp.'s Slots-At-Racetracks program looming March 31, Kitchener's CTV News has taken an in-depth look at the state of Ontario's horse racing industry in a special four-part series.

In part one of the series, CTV reporter Lee Boyadjian reviewed the past year of turmoil for Ontario's horse racing industry caused when the Ontario Liberal Government announced the cancellation of the OLG Slots-At-Racetrack's program early in 2012. The segment also examines the uncertain future facing Grand River Raceway in Elora and other racetracks in the province.

"This is a stab in the back of the many people that trusted the [revenue-sharing] partnership," said Centre Wellington Mayor Joanne Ross-Zuj. "That's what it was -- working together and there was a trust that was built up."

The second part of the series examined how the local communities that host the province's racetracks will be effected by the cancellation of the Slots-At-Racetracks program.

"Every year, all of that revenue is consumed by projects that are needed for the community,” noted Mayor Ross-Zuj, whose community earned $1.5 million annually for its budget from the OLG partnership hosting Slots At Grand River.

Communities will also be affected by job losses at racetracks and associated within the equine industry and spinoff industries. With tens of thousands of jobs at stake, Boyadjian spoke to horse racing employees who fear losing their jobs as the industry declines in part three.

"People, if they haven't as of yet, they're going to lose their homes, their trucks, their trailers," speculated Bill O'Donnell of the Central Ontario Standardbred Association (COSA). "There will be family break ups. There will be all of it. It's devastating. It's absolutely devastating."

Those affected by the loss in revenues from the Slots-At-Racetracks program to the horse racing industry include grooms, drivers, trainers, breeders and owners along with associated businesses of veterinarians, blacksmiths, feed and equipment suppliers to name a few.

“There’s going to be so many drivers standing around and doing nothing. It’s going to be very competitive,” noted trainer Bob Young.

Equine veterinarian Dr. Melissa McKee said her business has reduced drastically since the stabling at Mohawk Racetrack was closed in December. Her clinic has gone from seeing 30 clients per day down to just five or six.

“People have left and I haven’t replaced them because I just don’t have the capacity to hire any more people,” said Dr. McKee from Mohawk. “It used to be an absolute hive of activity and now it’s like a graveyard.”

"It's bothersome because it's something completely out of your control," said Paul Sharpe of Sharpe Farm Supplies, located just outside of Guelph. "You see your own livelihood and everything you built up going to change and you feel worse for the horse guy because he's got more in it than everyone else."

In the fourth part, Boyadjian took a look at what a downturn in Ontario’s horse racing industry means for the breeders and horses.

Breeders have already taken a huge hit due to the uncertain future of the industry at yearling sales in 2012.

"Nobody has an indicator as to when we've shrunk enough," said breeder Anna Meyers of Emerald Ridge. "My biggest fear is that by the time we actually get to the point where we are stabilizing the industry that it's going to have shrunk to oblivion."

"Relocation is what we’re focusing on,” said Seelster Farms' Ann Straatman of their 50 yearlings born prior to the government's announcement to cancel the Slots-At-Racetracks program. "I believe government has a responsibility to those horses, as we do, in order to provide for them as they were created for an Ontario racing program that no longer exists."

Excellent portrayal of the

Excellent portrayal of the plight of the Horse Industry and it is only the tip of the iceberg! Too bad they didn't leave the part with Dwight Duncan out of it because he likes to twist things to try and look good. I've twittered this page to @Kathleen_Wynne @timhudak @andreahorwath @Torontostar @spaikin @PBS @nowtoronto @metrotoronto and more as I think of them. We have to find a way to stop this madness!

Is it possible to join a

Is it possible to join a union like the CAW? Then our voice would be one. We could have alot of clout behind us, we should look into this.
I am not a member of any union but this may be the time to do so. We would be united and fierce, blockading in front of many places like any slots business. Can you imagine if we shut down even 2 or 3 of these locations for a few days what kind of press we would get then? This divide and conquer has got to be stopped, we are many and need leadership.

A very good series. It would

A very good series. It would have been nice to see it done earlier, but better late than never. I have sent an email to Lee and to CTV asking if they would televise the series throught Ontario, particularly in the urban centers. If they recieve enough requests, they may consider it. I emailed [email protected]

This is great coverage for

This is great coverage for rural Ont.Thanks to CTV for airing it.However it has to hit the Toronto area.We all know they vote Liberal.I'm in favor of a convoy of trucks and trailers driving to Toronto down the 401 at 50kms per hr.This would make the news on all the stations that we need to focus on.

Well done CTV on one of your

Well done CTV on one of your rural stations! How about putting the same program on your Toronto affiliate where it might wake up some of our detracters? The only untruth was from Mr. Duncan, the former finance wizard that got Ontario in the mess we're in! Thanks again!

Yes, this story was excellent

Yes, this story was excellent on CTV Kitchener and I do appreciate everything they said but I can't help but wonder where the mainstream media were earlier on.

No offense to any media but we sure could have used them 9, 10, 11 months ago when all of this BS started. I hope the message from CTV gets the general public thinking about what is really happening 29 days from now.......

I hope everyone that watched

I hope everyone that watched this series gives back plenty of good feed back.
those who tweet @LeeBoyadjian
those who e-mail [email protected]
Ronda Markle

The Liberals are at the end

The Liberals are at the end of the rope across Canada both federally and provincially. It time to close the proverbial noose tightly around their necks. Bring on the election as soon as possible. There is no "honesty" in the liberal party. Bruce T. Winning.

That was the best "public

That was the best "public presentation" of circumstances I have seen to date.