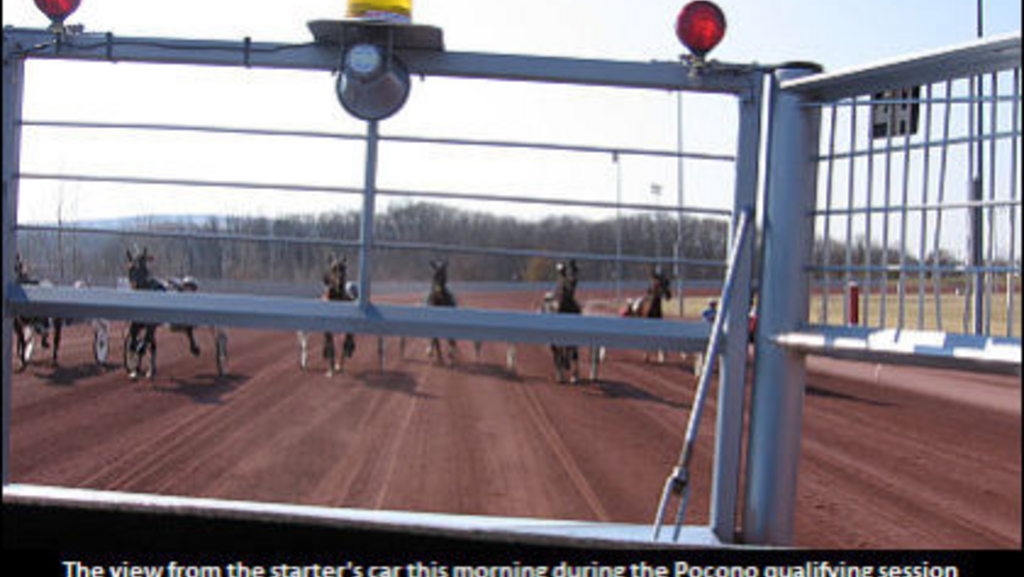 With temperatures in the high 50s and a lightning fast track, speed was the order of the day as Pocono Downs held its first qualifying races of the 2010 harness racing season

Race 1 produced the fastest clocking on the 10-race docket, as three-year-old pacer DVC Givemeattitude stopped the clock in 1:55.1 for driver Mike Micallef.

The morning's second race produced the fastest time of the session for a trotter. Indian Hill Rocket, driven by Jim Raymer, went wire to wire and stopped the timer in 1:56.3.

“This racing surface is lightning fast,” said trainer Mickey Peterson. “It’s a though we never stopped racing since the closing last November 21. It’s hard to believe that the racetrack was just cleared off more than a foot of snow about a week ago. We also have great weather today.”

Jason Bartlett, one of the top drivers in North America, was in the sulky in almost every qualifying race. He said he’ll be a regular on Wednesday nights during the upcoming season that opens Tuesday night, March 23, with a 6:30 p.m. first-race post time.

“I wish I could drive more,” Bartlett added. “But my home base is Yonkers and they’ll be racing on the other days Mohegan Sun at Pocono Downs is racing.”

Qualifying standards were 2:01 for pacers and 2:03 for trotters with a one-second allowance for three-year-olds.