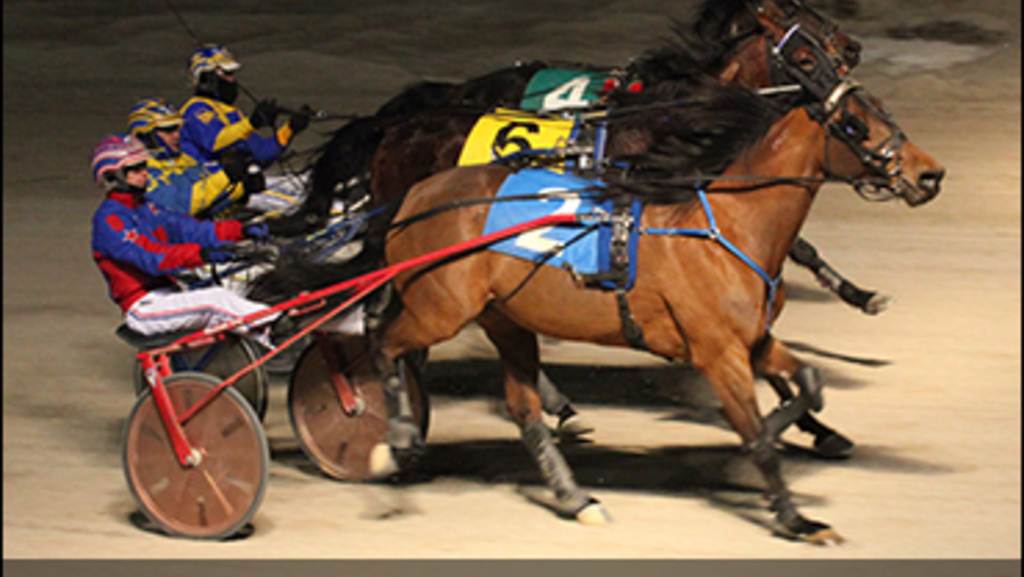 Despite traffic trouble early and slowly developing cover in the middle stages, Sizzlen Hot Herbie ($5.60) proved able to overcome those obstacles for a narrow 1:59 win in Wednesday's (Feb. 5) featured $8,500 Preferred 3 Trot at The Raceway at Western Fair District.

Sizzlen Hot Herbie and lessee-trainer-driver Natasha Day were content to stalk from mid-division while Stonebridge Score (Tyler Borth) strode to a :29 first quarter, but the pair were shuffled to sixth in the seven-horse field after Played By Swan (Marc St. Louis Jr.) angled out from fifth on the second turn to establish a two-wide flow. With nine-sixteenths to go, Sizzlen Hot Herbie found room to angle third-over, but were caught behind a stalled Scene A Magician (Greg Dustin) whilee five lengths off a :59.2 half.

The outer tier picked up on the backstretch, when Played By Swan pushed clear of a tiring Stonebridge Score. As the pace quickened past three-quarters in 1:28.3, Day angled Sizzlen Hot Herbie three-wide. The six-year-old Here Comes Herbie gelding responded, lifting down the centre of the track off the home turn and reaching to prevail by a neck in a three-horse photo. Scene A Magician was narrowly outkicked between rivals after improving late, and Played By Swan was a game third.

After a pair of runner-up finishes at the Preferred 2 level last month, Sizzlen Hot Herbie earned his first win of 2020 and the 13th of his career.

Later on the card, Western Fair mainstay Spicey Victor notched the 60th victory of his career, grinding out a first-over journey to win an $8,500 claiming trot in 2:02.3. Scott Coulter drove the 10-year-old Broadway Hall gelding to a neck win over Riddle Me This and Tinas War for owner-trainer Steve Coulter.