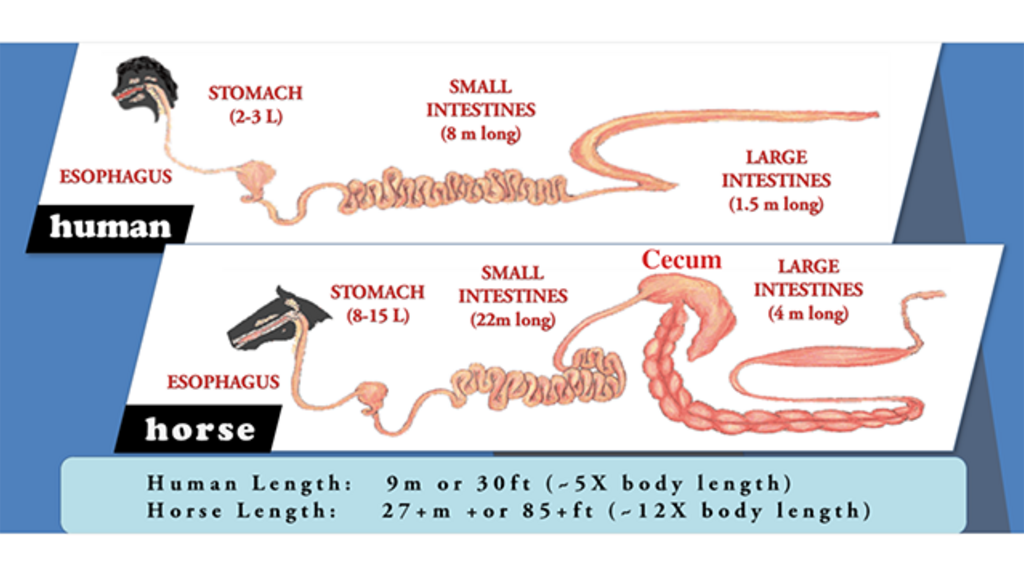 Fecal transplantation has been very successful in treating humans with issues such as C-difficile infection, which is also a leading cause of diarrhea in horses. Ontario Veterinary College researcher Dr. Luis Arroyo and his team are about to begin a study, which could make treating gastro-intestinal (GI) issues in horses using fecal microbiota transplantation (FMT) a viable option.

FMT has been given to horses with diarrhea, but so far, there is little evidence-based medicine to support that FMT is efficient in horses. One challenge is the path to the colon is much longer in a horse, precluding administration by enema for example, and therefore requiring delivery into the stomach via the nose instead. The inoculant needs to survive the trip to its intended destination. Another challenge is the preservation of a product that can be on hand when needed.

Amazing progress in genome sequencing has opened doors to new research tackling GI issues. Arroyo has been involved in studies examining the inhabitants of the equine gut and explains there is still much to learn, but we are starting to develop a clearer picture of how the micro-environments are very different in a diseased gut compared to a normal healthy one. They are recording what types of bacteria live in different areas of the GI system, what proportions of each bacteria should be present, and how they interact.

An altered composition of the intestinal bacteria is called dysbiosis and it is present in horses with intestinal diseases such as colitis and colic. Dysbiosis can also result during treatments involving antibiotics and it can take several weeks for gut microbiota to come back to normal.

“Dysbiosis refers to changes in the normal inhabitants of the gut, and that allows for certain bacteria to overgrow and potentially cause disease,” said Arroyo. For example, if you give a horse too much carbohydrates, a certain type of bacteria will overgrow; produce a lot of lactic acid, and that can result in acidosis and can even cause laminitis. The treatment for horses with dysbiosis from colitis aims to decrease inflammation and resolve diarrhea faster.

The 95 per cent success rate of FMT in humans by enema has not been replicable in horses. With an extraordinary long intestine, the FMT would likely never make it to the desired location of the large colon or cecum via enema. Working on an inoculum that is delivered nasogastrically means creating a product that will survive the trip through the stomach and small intestine with the bacterial contents minimally affected to perform their intended task of re-establishing homeostasis when they reach the gut.

What makes transplantation of fecal microbiota a potentially desirable option is the speed with which one could re-introduce normal microflora into the guts of affected animals. A standardized process will be required to preserve important bacteria when obtaining, diluting, and mixing samples to be used in the FMT inoculum for the bacteria to survive and be viable. Currently more than 80 per cent of the bacteria present in feces die during FMT preparation because of exposure to Oxygen and freezing. Arroyo’s study will work on optimizing bacterial viability using anaerobic conditions and identifying microbiota patterns associated with higher resistance to storage.

Using different additives will be one method explored for preserving the bacteria.  Adding a cryo-preservative to achieve success during the freezing of the transformation product will also be researched to ensure shelf life. “We want to work on a standard inoculum that is repeatable, and we can have it on hand, still viable to an animal that needs it,” said Arroyo.