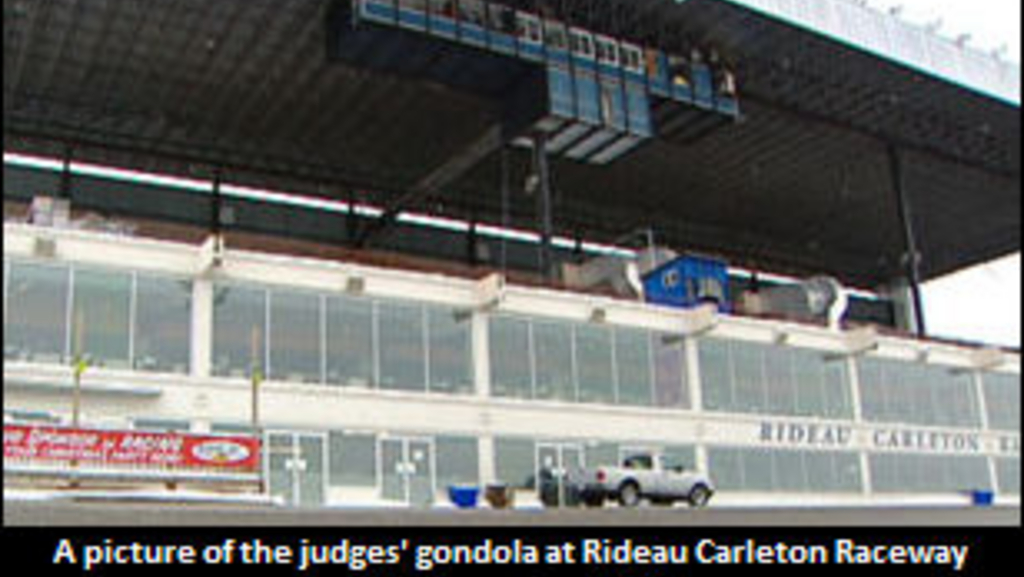 It has been reported that a pair of horse owners are suing the Ontario Racing Commission, its executive director, John Blakney, and Rideau Carleton Raceway over the judges' stand issue which caused the cancellation of scheduled programs of live racing

According to a report by the Ottawa Citizen, the suit has been filed on behalf of admittedly small-time horse owners Dan Mayo and Bob Montgomery.

The shutdown came with no warning to horsepeople which rely on live racing for their livelihood.

"The guys who are at it full time are afraid to make waves. They're afraid of the blowback," Mayo was quoted as saying. "The track and the commission could make life difficult for them. So it takes people like me and Bob to push back."

Mayo went on to say, "Really, it's about accountability. They didn't even apologize to us. Here we are, we're innocent third parties caught in a dispute between the track and the racing commission."

(Note - In a effort to consolidate comments on topics, if you wish to comment on the Rideau situation, please do so here.)

• Rideau: We Are Cleared For Racing
• MacMillan On Rideau Closure