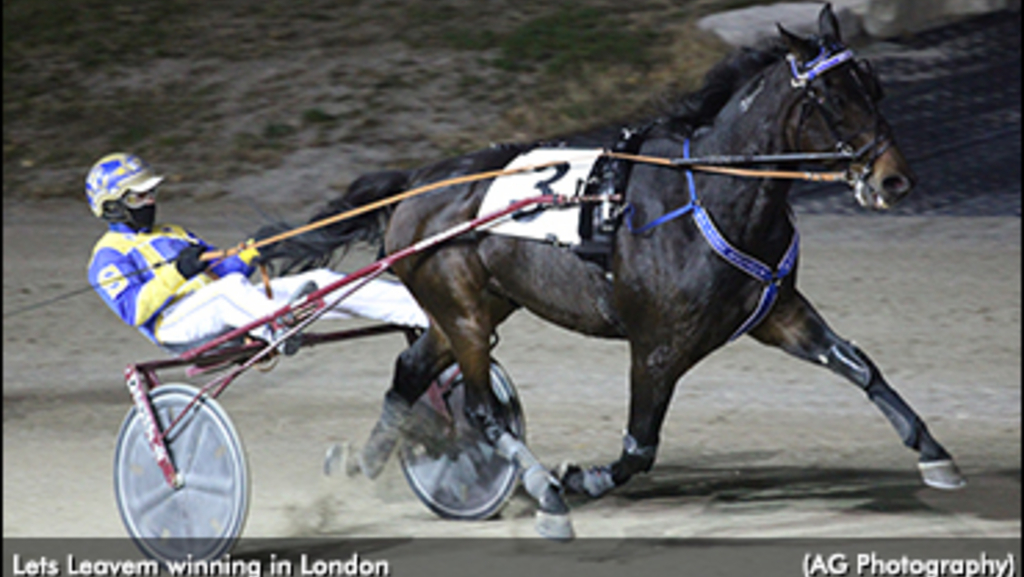 Odds-on favourite Lets Leavem strolled to a 1:59.1 victory in the $8,500 Preferred 3 Trot on Tuesday, Nov. 5 at The Raceway at Western Fair District.

Sent the 2-5 chalk, Lets Leavem landed on the lead moving to a :29.1 first quarter and cruised uncontested to a 1:00.1 half. Scene A Magician tipped first over from third to apply pressure heading to three-quarters in 1:29.3 but only gave pursuit alongside pocket-sitter Avuncular as Lets Leavem kicked clear. Through the stretch the nine-year-old Angus Hall gelding opened five-and-a-three-quarter lengths on Eagle Scout, who closed from second over for place. Leaderofthepack took third.

Top Royal also delivered as the favourite when going wire to wire in the Tuesday co-feature: the $8,500 Fillies and Mares Preferred 3 Pace. Driver J Harris pushed the six-year-old Royal Mattjesty mare from the pylon post to the point and faced little challenge from there. She posted a clip of :28, :57.3 and 1:26 in progress to a three-quarter length victory in 1:55 over pocket-sitter Sodwana Bay. Sporty Tori closed for third. 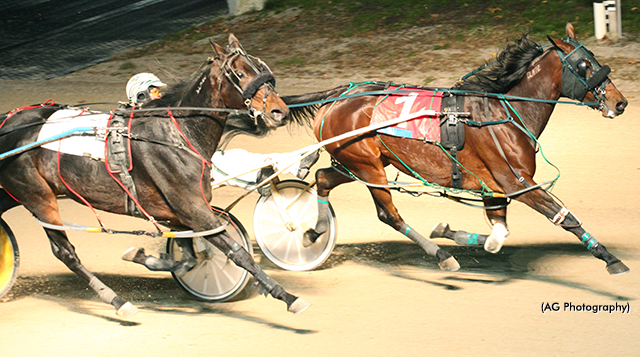