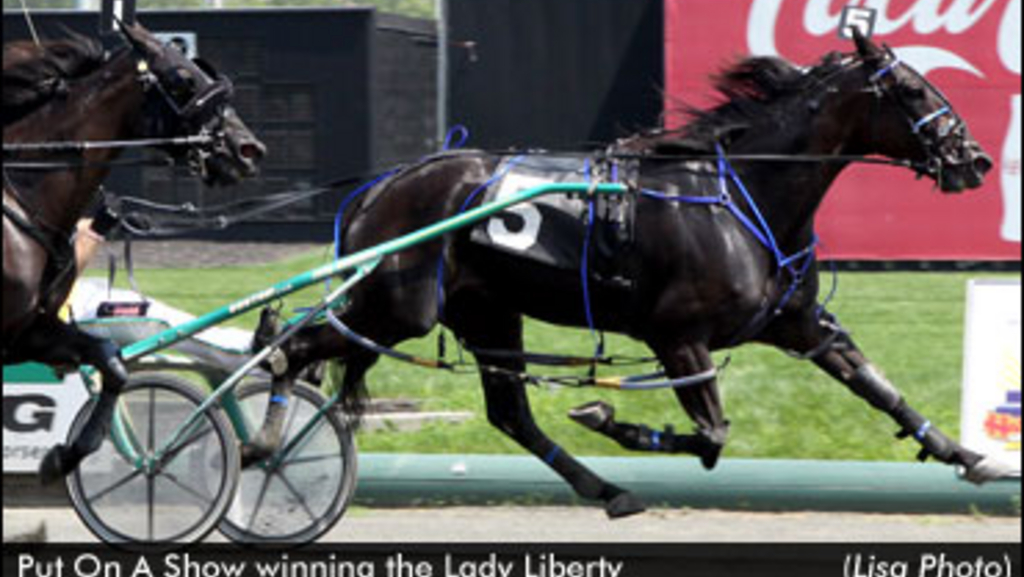 Put On A Show overcame her assigned outside post position in the $50,000 Mares Open Handicap Pace on Tuesday night at Pocono Downs to set a new track record of 1:49 flat.

With Jim Morrill Jr. picking up the catch-drive, Put On A Show got away fifth off the gate from post seven while Feeling You and Tyler Buter established the early lead during a :26.3 opening quarter. As the mares moved in front of the grandstand, Put On A Show blasted to command and reached the half in :54.1. The even-money favourite then cruised past the third quarter mark in 1:22 and effortlessly opened up two lengths on her foes down the stretch.

Put On A Show lowered runner-up Feeling You's track record for older pacing mares by one-fifth of a second, which was set on Sept. 25. Camille and Matt Kakaley advanced first over to show.

Put On A Show paid $4 to win following a 10th place showing against Milton Stakes company at Mohawk Racetrack on Sept. 22.

The five-year-old daughter of Rocknroll Hanover has won 30 of her 45 races while banking over $2.4 million for trainer Chris Ryder and owners Craig Henderson and Richard and Joanne Young.