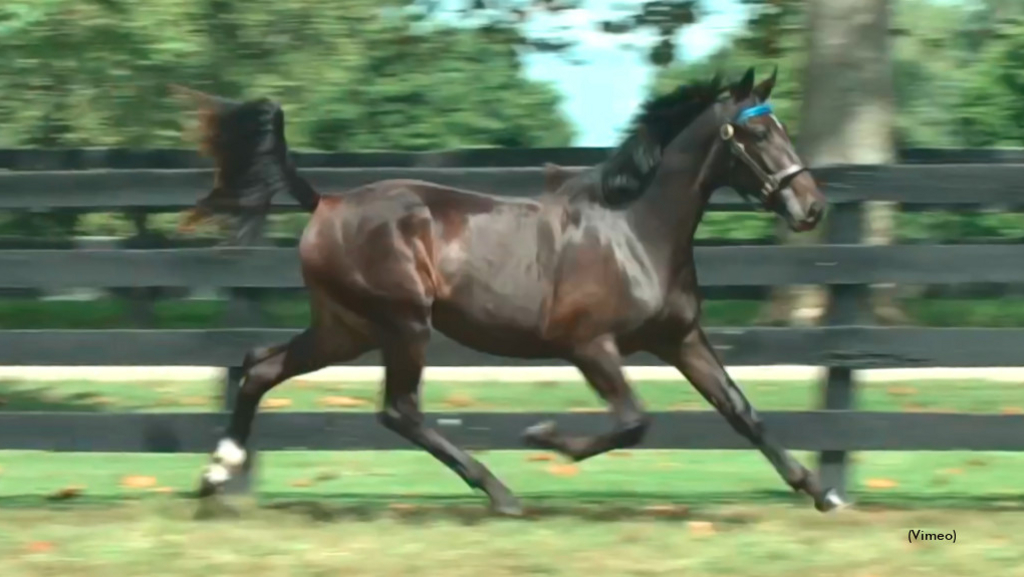 The opening session of the 2022 Lexington Selected Yearling Sale kicked off Monday evening in , and it was the Chapter Seven-Jolene Jolene filly Epoch who was the topper thanks to a whopping price tag of $725,000.

“She was on a very short list of fillies that we were interested in,” Diamond Creek Farm owner Adam Bowden told the USTA. “Upgrading our trotting mares all the time is a challenge, and she certainly fit the bill, pedigree and physically. We loved the other fillies out of the mare. With the success she’s had as a broodmare, it seems crazy that we wouldn’t have been interested. We did our due diligence, and she checked every box for us. There wasn’t anything I didn’t like.

“To be honest, the fact she was a Chapter Seven was a huge selling point for us. I just think he’s a super sire. The success that Venerable has had being a Walner, the same sire line, if (Epoch) is half as good as Venerable is, we’ll be in great shape.”

Hip 70 Vic Zelenskyy was purchased for $550,000 from the Hunterton Sales Agency consignment by Marcus Melander of New Egypt, NJ.  The son of Greenshoe is the first colt out of the freakishly-fast Mission Brief, who is a 100 percent producer.  Her first two fillies were the Father Patrick miss, (1:52.1) and the Walner lass, Jaya Bae (1:53.2).

In total, 122 yearlings went through the ring on opening night for total sales of $23,067,000, a Lexington record.  The average price over the course of the evening was $189,074.  Eighty-nine trotters were sold on Monday evening, but it was pacing fillies that proved to be the hottest tickets.  Just 12 went through the ring, but the average price to pay for a filly was a staggering $237,333.