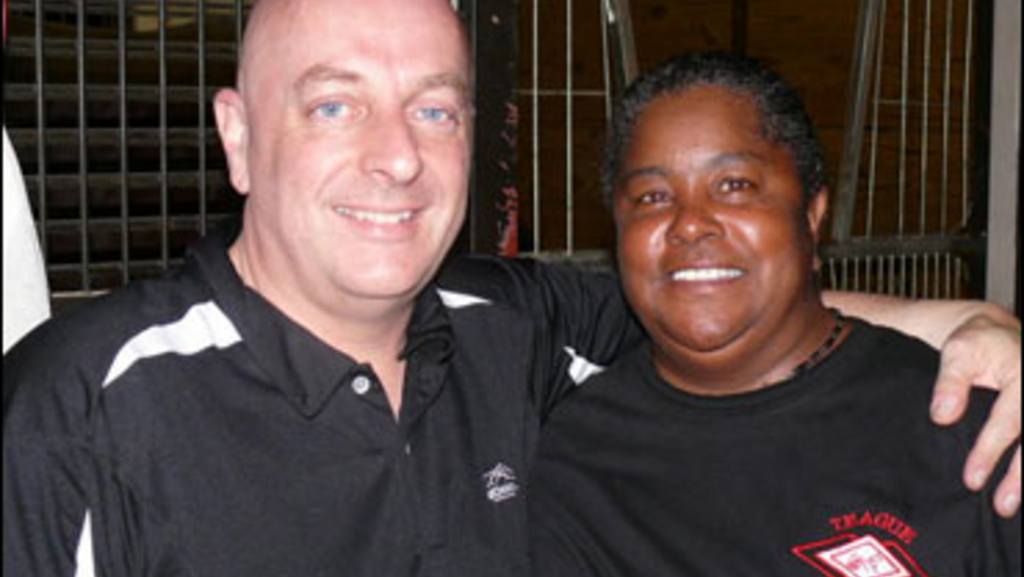 Two horses, two drivers, both from Post 2. Trainer Brenda Teague is hoping her talented pacers Fancy Filly and Mr Wiggles are 'too' good for their competition on Saturday for the Breeders Crown finals at Woodbine Racetrack

Teague, who handles the stable for brother George Teague when their horses race in Canada, had the luxury of choosing the post position for Mr Wiggles after he impressively disposed of his nine rivals in the single Breeders Crown elimination this past Saturday. Mr Wiggles and driver Corey Callahan tripped the timer in 1:50.2.

"It was an amazing performance," Teague told Trot Insider on Tuesday at the Breeders Crown draw and press conference. "He was fresh after not going to Lexington."

With a sharp Mr Wiggles set for Saturday, Teague's plan for the week was just a light training session on Wednesday before heading into Saturday's $617,880 Three-Year-Old Colt Pace final and lining up in Post 2 in the ninth race on the card. Mr Wiggles is the second morning line choice at odds of 9-2.

"George, Corey and I all talked about it and George felt post 2 or 3 would be best. This is a tough bunch of horses but with a good post position and if the trip turns out decent for him he’s just as good as any horse in there."

The Badlands Hanover-Wiggles Hanover colt, a winner of exactly half of his 26 lifetime starts, is owned by George Teague and Delaware's Elmer Fannin. Fannin captured his first Crown last year when Kadealia upset the apple cart in the Three-Year-Old Filly Trot at the Meadowlands, giving trainer Teague his third Crown victory. Previous wins for Teague came with Artcotic in the 2007 Three-Year-Old Filly Pace at the Meadowlands and five years ago (exactly five years ago tomorrow) at Woodbine in the same category with 2004's Horse of the Year Rainbow Blue.

Hoping that success with the fillies will continue, Teague also sends out Fancy Filly in the $628,178 Final for two-year-old filly pacers. Co-owned by Ted Gewertz and Only Money Inc., the $15,000 Lexington Selected yearling purchase has earned over $526,000 this year, boasts nine wins in 11 starts (never finishing worse than third) and a world record speed badge of 1:51.1 set at Harrah's Chester just over a month ago in the $500,000 Three Diamonds. Despite getting beat by a neck in her elim by Ontario darling Western Silk, Fancy Filly (Western Hanover-Fanciful Hanover) has been installed as the 2-1 favourite in Saturday's final.

"That was a big mile for her and we were happy with her performance," said Teague, "but I think she was a little short on Saturday."

Fancy Filly's dam Fanciful Hanover also finished second in her Breeders Crown elim at two, also raced in Canada back in 1996 when Mohawk Racetrack was a five-eighths mile oval. In that elim Fanciful Hanover raced against Tsunami Hanover (the dam of Southwind Tempo, who was upset by Teague's Artcotic in the 2007 Three-Year-Old Pacing Filly Crown Final) and Stienams Place (the dam of Put On A Show, who races against Fancy Filly on Saturday night).

For Saturday's entries, click here. To view the entries on TrackIT in past performance format, click here.