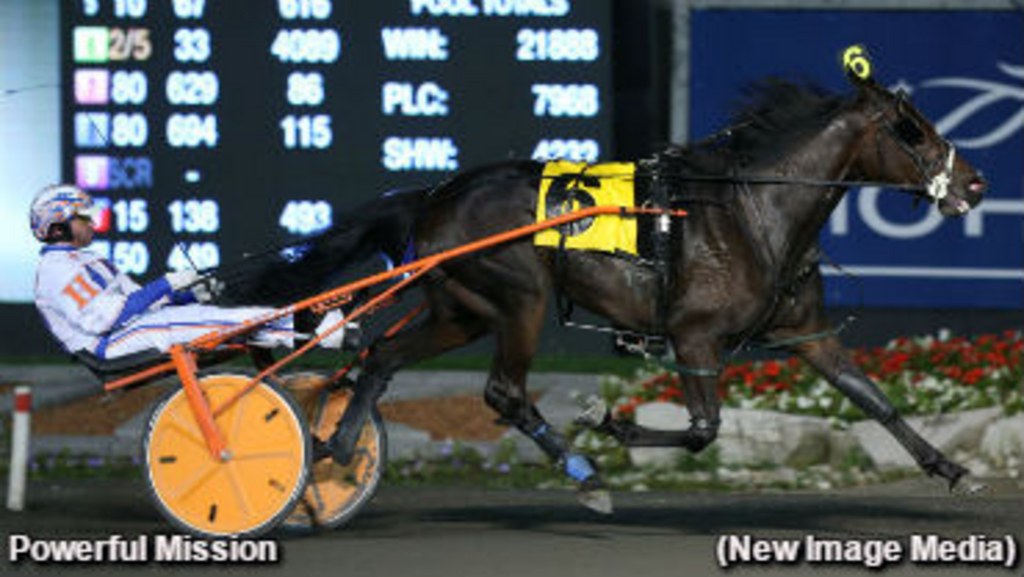 The preliminary legs of the Autumn Series are now in the books for two-year-old trotting fillies, and it’s safe to say going into next week’s final the one to beat is Powerful Mission.

The daughter of Manofmanymissions-The Power Of Magic, who was a 1:57.1 winner in last week’s opening leg of the series, cruised to an easy win in 1:57.1 in Tuesday’s $16,000 second leg assignment at Mohawk Racetrack.

Phil Hudon got away fifth with Powerful Mission while Jilona and You Cant Afford Me battled to the quarter pole in :28.4. You Cant Afford Me eventually worked her way to the front, but Gaelic Lass marched past her and wound up leading the field past the half in :57.2. Hudon was on the move with Powerful Mission as the field headed into the final turn, but it was Gaelic Lass still in charge of the tempo at the three-quarter marker in 1:26.2. Powerful Mission popped out in the lane and used a :30.2 closing panel to collar Gaelic Lass and draw away for a four-length score over that foe. Jilona took home third prize.

Kevin St. Charles trains Powerful Mission for E C S Racing LLC of Rockford, MI. The rookie, who now owns a 4-1-0 record from 10 trips to the track this season, bumped her bankroll to $39,200 with the win.