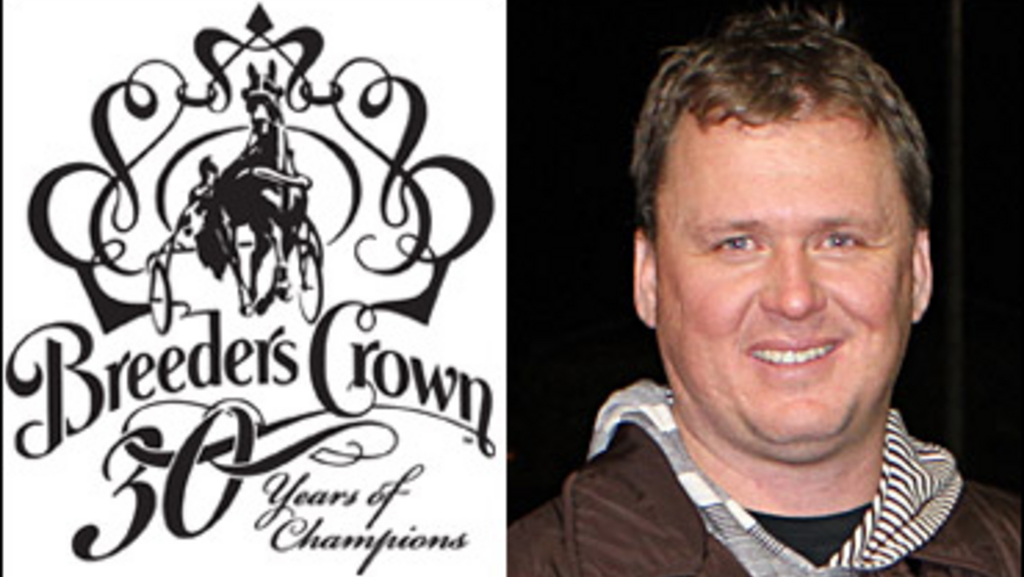 Ron Burke turned 44 on Wednesday, but probably wouldn’t mind celebrating again on Saturday. That’s when he hopes to open a few boxes containing crystal, as in Breeders Crown crystal trophies.

Burke, who is well on his way to leading all harness racing trainers in North America in both wins and purses for the fifth consecutive year, will send a record 15 horses into Saturday’s Breeders Crown races at Mohegan Sun at Pocono Downs.

All 12 Breeders Crown championships, with purses totaling $5.6 million, will be held Saturday at Pocono Downs. Post time is 5 p.m. for the first race. Burke has at least one horse in 10 of the 12 divisions.

“I hope it’s a very good day,” said Burke, adding with a laugh, “It’s either going to be very good or if it’s bad it’s going to be disappointing.”

Burke is poised for a very good day. He has the morning line favourite or second choice in four races and the third choice in two others.

“We’ve come a long way,” Burke said. “It was only a few years ago that we were just entering one or two horses a year in the Breeders Crown, and not with the idea of winning them. Now we’ve won a few and the idea now, we’re entering 15, I think we can legitimately win some.”

Burke, who is from Canonsburg, Pennsylvania, has five Breeders Crown wins in his career. He got two each with older female trotter Buck I St Pat and older male pacer Won The West. He also got a trophy with two-year-old male pacer Sweet Lou in 2011.

Sweet Lou is back again, competing in the Breeders Crown Open Pace, where he is one of three horses from the Burke stable. The others are elimination winner and morning line favourite Foiled Again and second choice Clear Vision, who received a bye into the final. Foiled Again, a nine-year-old gelding, is the richest pacer in harness racing history, with $5.4 million in lifetime earnings.

Of those horses, Burke has his eyes on Wishing Stone, who earlier this year won an invitational at Pocono Downs with a world-record effort. Wishing Stone, who starts from post No. 2 with driver Yannick Gingras, is coming off an eighth-place finish from post 10 in the Allerage Farms Open Trot on Oct. 6 at Lexington’s Red Mile and is 12-1 on the morning line.

“I think the one that’s going to surprise everybody, I think he’s back to midseason form, is Wishing Stone,” said Burke, who was the Trainer of the Year in 2011. “His line at Lexington was way better than it looks."

On Saturday night, he will see if his record 15 Breeders Crown finalists can turn into a record for Breeders Crown wins in a year. Bob McIntosh won a record three Breeders Crown trophies in 1993 and Jimmy Takter equalled that total last season.

“It’s a great night; I love it,” Burke said. “It’s Pennsylvania, which is home, which makes it even more special for us. We’re going to be favourites or second or third choice in a lot of them. It gives us a great chance to win.”