Arrogate turned in another stellar performance against his rival, winning the inaugural $12 million Pegasus World Cup on Saturday (January 28) to deny the retiring California Chrome a shot to go out on top as the highest-earning Thoroughbred in history.

With the Hall of Fame jockey Mike Smith aboard, Arrogate broke from the rail and held off his rival California Chrome, whom he passed in deep stretch in the Breeders’ Cup Classic in November, and the rest of the field to capture the $7 million first-place cheque at Gulfstream Park. A two-time Horse of the Year, California Chrome was eased in the stretch and finished ninth, but ended his career as highest-earning Thoroughbred in North American history with $14,752,650 in earnings.

To read the rest of this article, courtesy of The New York Times, click here.

(With files from The New York Times) 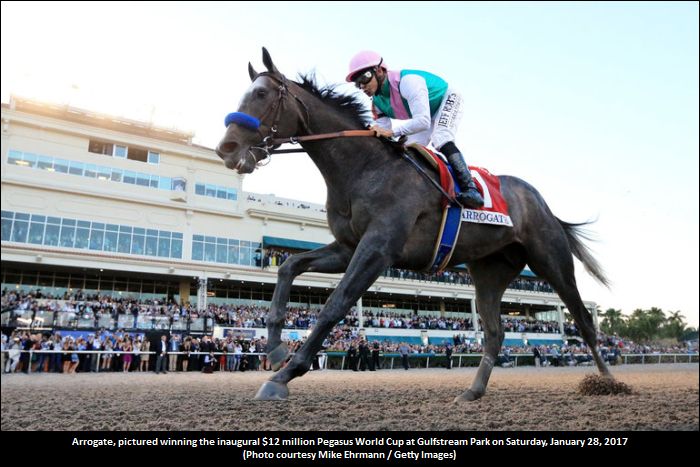