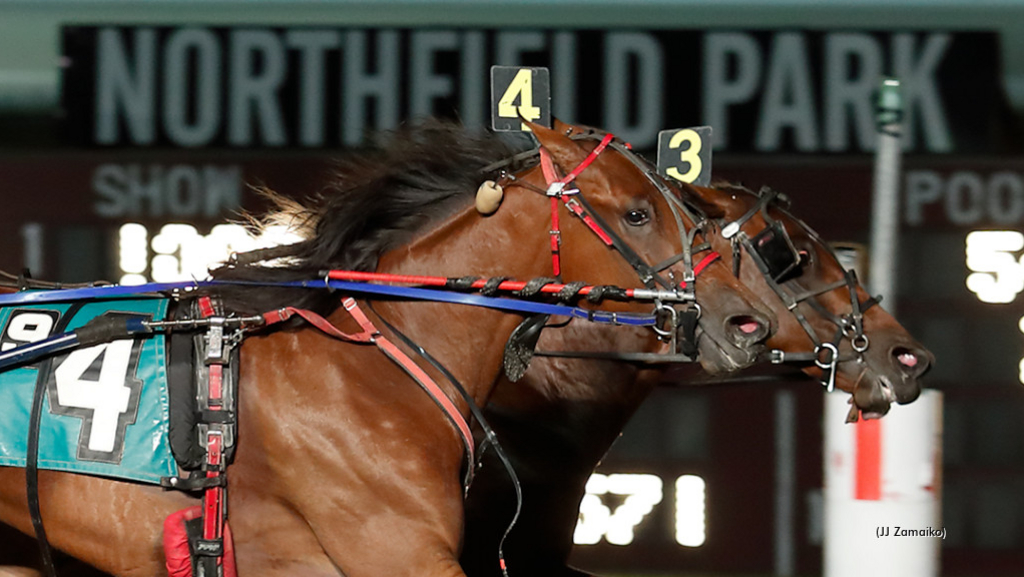 A pair of massive longshots made a sweeping move through the stretch in the 13th race on Tuesday evening (Jan. 24) at MGM Northfield Park, creating a carryover of $16,853.87 in the first race Super High Five on Wednesday (Jan. 25).

As the gate pulled away, there were a host of leavers heading into the first turn, including Everychanceitake (Nick Clegg), Moscow Mitch (Ronnie Wrenn Jr.) and Dakota Pearl (Eric Tharps Jr). After sorting themselves out, Moscow Mitch managed to get to the lead past the opening quarter in :27.2.

Coming to the half in :56.2, the field was double tiered with Moscow Mitch still leading the way. Dakota Pearl, who proved to be a stubborn foe, challenged the leader into the backstretch for the final time. Wrenn began imploring Moscow Mitch for a little more heading into the final turn, but a host of pursuers began to unleash an attack. With an eighth of a mile to go, it appeared the favourite was in serious trouble.

Through the final sixteenth of a mile, Flash Gordon (Jason Thompson), who was next to last at the three-quarter pole, swooped the field to win in 1:54.4 by a neck over another longshot Remembering Shorty (Aaron Merriman), who also closed from off the pace.

The result of 8-7-2-6-1 proved to be too difficult for gamblers to come up with in the Super High 5, leading to the massive carryover. Wednesday’s first race, which gets underway at 6 p.m. will feature a $75,000 estimated Super High 5 pool.

Free PPs for the early Super High Five and the other guaranteed wagers on the program can be found by visiting the USTA website.

(With files from MGM Northfield Park)